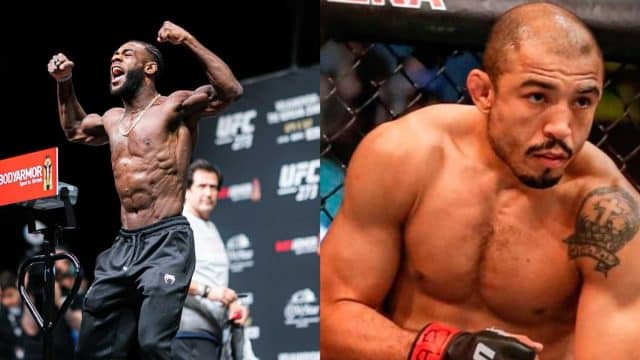 Aljamain Sterling called on social networks Dana White so that they could discuss a possible fight against José Aldo.

Aljamain Sterling, who is just coming off a controversial victory over Petr Yan, is looking for his future opponent. About his UFC 273 fight against the Russian, Dana White admitted that the judges were wrong about the decision. But for other observers like Daniel Cormier, the Jamaican did deserve his victory.

The UFC bantamweight champion had asked to face TJ Dillashaw just after his victory. However, he seems to reverse this decision after José Aldo asked to confront him:

“I think TJ Dillashaw is the fight. But Aldo is on a much more impressive series than TJ’s. So, I could see the UFC talking about a fight against him.

Aldo was quick to react to this statement on social media:

“You said I would be next, and I accept your challenge. Dana White sends me the contract before he changes his mind!!

.@danawhite Hey man, when are we having a sit down? We clearly have a lot to discuss…

“The Funk Master” quickly responded to this tweet and also challenged Dana White:

“@DanaWhite Hi man, when do we sit around a table? We need to discuss…

@funkmasterMMA u said I would be next on merit and I’m here accepting your challenge, @danawhite send me the contract soon before he changes his mind!!

Aljamain Sterling is gradually starting to change his tune and projecting himself more into a fight against José Aldo rather than against T.J Dillashaw.

Would you rather see Aljamain Sterling face T.J Dillashaw or José Aldo?