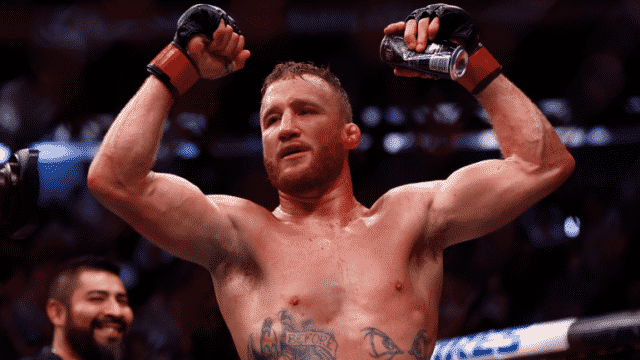 The UFC is preparing for its latest PPV offering. UFC 274 Justin Gaethje vs. Charles Oliveira takes place on Saturday night in Phoenix, Arizona, with a pair of title fights on the main card and some legendary veterans on the undercard.

However, things drastically changed at the weigh-ins on Friday. Charles Oliveira failed to make weight and lost his title. As a result, he will face Justin Gaethje in the main event without the chance to win it back. However, Gaethje can still win the crown if he wins.

Oliveria has transformed his career into arguably the greatest lightweight champion in UFC history.

If Gaethje wins, it would be the longest title reign in recent years for the division, surpassing Khabib Nurmagomedov, who retired in 2020 after beating Gaethje.

Oliviera has won 10 straight matches to reach this point. After losing to Nurmagomedov, Gaethje earned a second shot at the title by defeating Michael Chandler.

Rose Namajunas and Carla Esparza will meet in the co-main event to rematch a 2014 fight.

Esparza won the inaugural strawweight championship against Namajunas at The Ultimate Fighter season 20 finale. After losing to Joanna Jedrzejczyk, she has been working her way back to the title level ever since. Namajunas overcame the obstacles to win the title in 2017 by beating Jedrzejczyk.

This loaded PPV card includes more veteran fights besides the two title fights. Michael Chandler and Tony Ferguson will square off in a bout that promises action.

Below is the full fight card for UFC 274, along with the latest odds from Caesars Sportsbook.