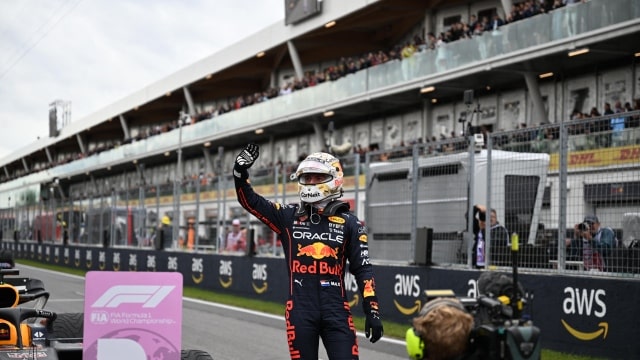 The 2022 edition of the Formula 1 Grand Prix of Canada is just a memory.

After two years of postponement due to the pandemic, the event was a real popular success. With 338,000 spectators on Ile Notre-Dame for three days, it records in Montreal.

The 2022 edition is a story of reciprocal love between the public and the members of the F1 teams. The drivers have been treated as the biggest stars in world sports on and off the track.

It’s also an exciting end to the race. The Ferrari driver Carlos Sainz couldn’t put his name on the list of drivers who won their first Formula 1 race at the Circuit Gilles-Villeneuve.

Rather, it was Max Verstappen who stepped into the winners’ circles of the Canadian Grand Prix.

The Red Bull driver delivered a great performance in the rain in qualifying. Ahead of a Ferrari that looked better and faster in the race.

We will remember the practice weekend of Lewis Hamilton. Completely distraught on Friday and still finds himself on the podium. We find him at the end of the 70 laps of the race on Sunday.

There was nothing to be ecstatic about for the two Montreal-born drivers. Even if Lance Stroll still took a point. We were far from the celebrations after his 9th place in 2017.

The negative part was so much popularity on the podium. Many spectators returned home with no space left to enjoy the race.

Also, the drivers canceled their autograph session scheduled for Saturday morning. At the same time, hundreds of spectators had waited for them in the cold rain for more than an hour.

Ultimately, the Canadian Grand Prix was a great success. Even if the race was not the most exciting we have seen at Circuit Gilles-Villeneuve.

The 2022 edition will have reassured us that the passion is still there.