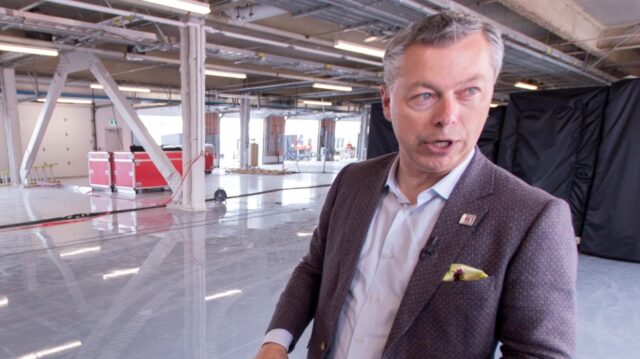 It’s a great week for Formula One fans. After two years of absence, the Canadian Grand Prix is back, and it is already felt at the Circuit Gilles-Villeneuve.

Barely 24 hours after the Azerbaijan Grand Prix, the teams’ work begins in another country, on another continent, in Montreal.

“The race ended yesterday. In the following minutes, the teams have already started packing the equipment in the various containers,” said François Dumontier, President and Chief Executive Officer of Octane Group.

The equipment will arrive at the runway until Wednesday after transiting through nine cargo planes and shipping. There has been no major work at the circuit since the last race in 2019.

What has been different since 2019 is the global craze for Formula One. And that was reflected at the ticket offices as all the tickets are sold.

“This is the first time we have set up so many stands. Tickets flew away at an incredible speed. There is a worldwide craze for Formula One.

We have seen this in previous grand Prix. I know that the grand Prix that will follow us is also complete.

The 2021 World Championship has been extremely exciting, and the series everyone is talking about on Netflix, Drive to Survive, brings a new clientele.

F1’s global success can be attributed to Liberty media, which transformed Formula One after acquiring it from Bernie Ecclestone.

“They had a vision, and it’s starting to pay off. The show is good with the new cars. I can’t wait to see them, and it’s going to be quite a show.

Liberty Media is betting on North America to continue developing F1, which is a great pleasure for Francois Dumontier.

“I’ve always been a supporter of races in America.

For years, we were the only stop in North America. There will be four now, and we’re talking more about F1 in America.