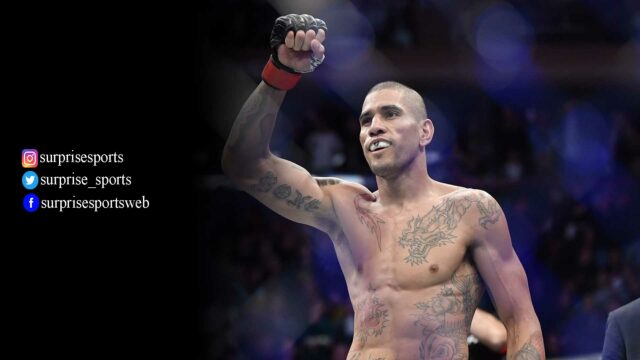 There is a fresh prospect in the middleweight category of the UFC. With only three fights under his belt in the UFC, Brazilian fighter Alex Pereira is already negotiating for a title chance.

However, a different UFC celebrity has expressed interest in taking on Poatan. Pereira was also prompt in expressing interest.

Everyone has been captivated by Pereira’s performances. A current UFC champion joined Chimaev in expressing interest in battling against Poatan.

Khamzat Chimaev called out Pereira with a tweet that said “I’m want to fight with this guy @ufc @danawhite let’s make it [punch and firework emoji].”

“I wanna keep the same mind that I always do, see the ones in front of me, not the ones ahead,” said Pereira, “Same with Sean Strickland fight, people were talking about Israel Adesanya and I said”

“Look, I don’t think about this first.’ Right now I am gonna take care of my fight with Israel for the title, and then, after that, we will see about that,” he concluded.

Although it appears that Alex Pereira has already secured a crack at the middleweight championship, champion Israel Adesanya wasn’t the only one to criticize the Brazilian after his victory at UFC 276.

The 34-year-old knocked out Sean Strickland in the first round to earn the biggest victory of his MMA career and deliver possibly the most spectacular performance of the evening.

According to the storyline going into UFC 276 a title match between Pereira and Adesanya would result if both fighters won. After winning the night’s main match, Pereira, dubbed “The Last Stylebender,” called out the Brazilian for upholding his end of the bargain.