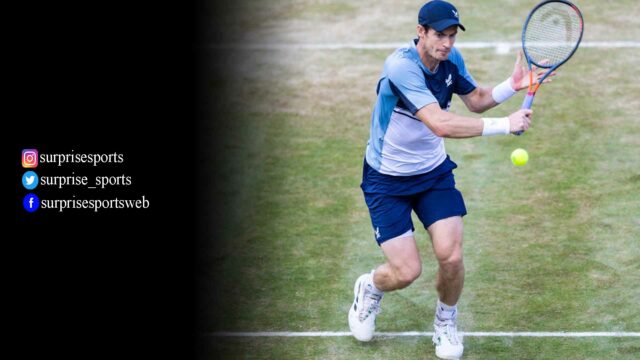 The two-time Wimbledon grand slam winner Andy Murray is passing a rough time ahead of the Wimbledon tournament. Last week he was withdrawn from the Queen’s Club Championship cause of an abdominal injury. But now, Murray shows hope to his fans about his recovery and is hopeful to participate at the Wimbledon.

Andy Murray is one of the most critics’ favorite players in his hometown championship Wimbledon. He won three grand slams in his career, two of which came from winning on the grass of Wimbledon and the other one from the US Open victory. Murray won Wimbledon Grand Slam in 2013 and 2016.

This tournament always favored Murray a lot. His fans waited for him to see Murray on the grass of Wimbledon. But unfortunately, Murray’s time isn’t going well. He is fighting against his injury to play at the Wimbledon.

Murray was having a pretty splendid time this season until Stuttgart Open. He reached the final Stuttgart Open, where Murray played against Matteo Berrettini. Everything was good, but Murray faced an abdominal injury after losing to Berrettini. He later participates in the Queen’s Club Competition. But his unhealthy fitness didn’t allow him to continue the game.

Now, everyone is worried about Murray’s health conditions ahead of Wimbledon. There was confusion about his joining Wimbledon 2022. But recently, in an interview, Murray gave his fans hope and is very optimistic about joining the UK grand slam. Murray has been attending to his practice for the last few days and recovering from pain quickly.

Murray says, “The injury is healing but still not perfect fully. I aim to get to the start line in a good place physically and give myself the best chance to do well.”

This season, Murray’s luck on the grass court is very good. He reached the final of the Stuttgart Open, and in the Surbiton Trophy, he reached the semifinals. He has a huge chance to get the victory at the All England Club Lawn. Last year Murray reached the third round at the Wimbledon despite an injury-disrupted preparation.

Murray said, “Going into Wimbledon last year, I’d gone in with hardly any proper practice at all. I practiced well for the last few months this time and worked on many things with my team. I’m in a good place tennis-wise. Physically, I feel good overall; unfortunately, I just got this slight injury, which is frustrating.”