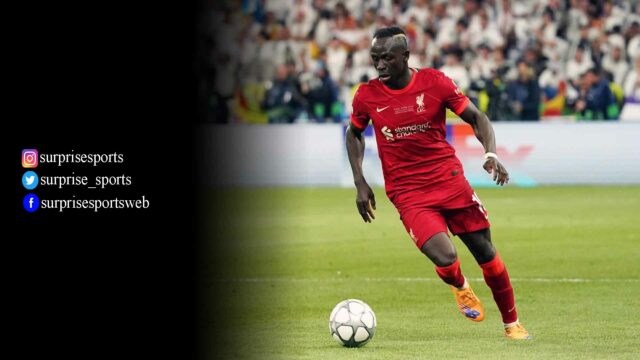 The German Champions Bayern Munich signed Liverpool star Sadio Mane for a €32m transfer fee plus add-ons. The paperwork is done between the clubs. Sadio Mane signed a 3-year contract with Bayern.

The 30-year-old Senegalese will complete his medical today at Munich. The Bavarians will present the new signing on Wednesday at the Allianz Arena.

Sadio Mane had scored 90 goals in 196 appearances for Liverpool since he joined in 2016. He scored 16 goals and assisted 2 in the Premier League this season. Moreover, the Liverpool number 10 found the back of the net 5 times in the Champions League this season, leading the Reds to the Final.

Mane will be the main man in Bayern’s attack the upcoming season as the goal-machine Lewandowski will leave the club.