Home News Bianca Andreescu went in the second round without difficulty 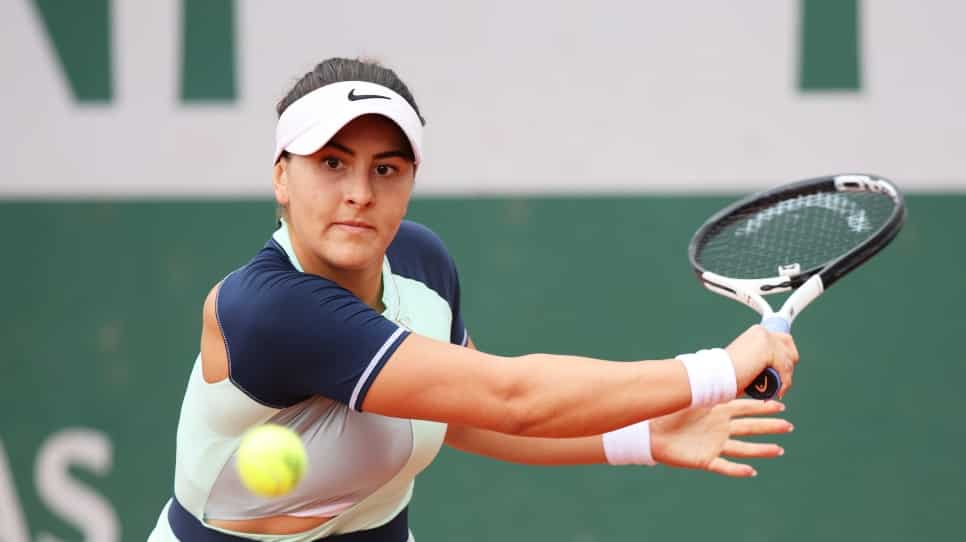 Bianca Andreescu went in the second round without difficulty. Andreescu made her successful debut at the French Open on Monday.

The Canadian, ranked 72nd globally, defeated the Belgian Ysaline Bonaventure in three sets of 3-6, 7-5, and 6-0. Andreescu was leading 3-0 in the third set when the match was interrupted by rain.

“I said to myself, ‘stay in the moment, keep fighting because it’s not over until it’s over,'” Andreescu told TSN. I really had to put pressure on her; otherwise, I knew she would win.

The former fourth-ranked player overcame a 3-1 deficit in the second set to force a final set.

“Just having that fighting spirit until the end helped me,” Andreescu added.

Andreescu has an appointment with the Swiss Belinda Bencic, 14th in the world, in the next round.

Now 21 years old, Andreescu returns to action regularly on the circuit with the clay-court season. After being sidelined due to injuries, she competed in the quarterfinals in Rome earlier in May.

In her last participation at Roland Garros last year, the Canadian lost in the first round.

In a victory against Bencic, Andreescu could face his compatriot Leylah Fernandez (18th) in the third round, provided that she wins on Wednesday against the Czech Katerina Siniakova (56th).

No other Canadian player has a game on the schedule Monday.

Denis Shapovalov will make his debut on Tuesday against Denmark’s Holger Rune.

Felix Auger-Aliassime will play on Wednesday for a place in the third round to face Argentina’s Camilo Ugo Carabelli.

There is only one former Wimbledon champion left