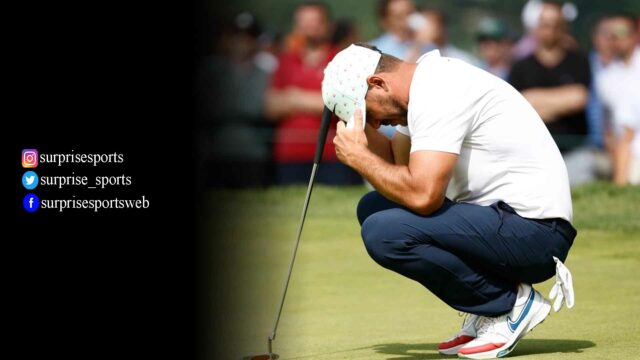 Since the beginning of this season, the duet between PGA and LIV golf is going on. The tournament LIV has faced a lot of criticism and trash talk since they decided to start a new series. The fight of LIV golf vs PGA Tour has always been the headline of golf news. And the rivalry between them once again fired up after the former world number one Koepka decided to join the LIV series.

Koepka is one of the most high-profile players who joined the LIV series. LIV golf managed to bring in some great stars of the PGA Tour into their tournament. From the top-ranked 50 players have already signed up for the Saudi Golf League. Koepka followed the path of Dustin Johnson, Bryson DeChambeau, Patrick Reed, Phil Mickelson, and Abraham Ancer. These are the biggest names and faces of golf.

When they talked about joining the LIV golf tournament last year, Koepka’s response was completely different. Back then he was so sure that he won’t join the competitor of PGA Tour. Not only Koepka but back then many players said they are not interested in joining the new golf series. Most of the player’s statements were kinda same one year ago, they said they won’t leave PGA Tour just for money.

PGA has suspended 17 players till now from their community for joining the LIV. In that list, two-time major winner Dustin Johnson and six-time major winner Phil Mickelson are also included. They faced banning from PGA after taking part in the opening ceremony occasion of the LIV golf tournament about two weeks ago. PGA Tour commissioner Jay Monahan said that any players who would compete in future LIV Golf tournaments without a conflicting-event release would face similar punishment.

When Brooks Koepka will start his game with LIV Golf Tournament?

Koepka is expected to start his game with LIV on June 30. He will play at the first USA event of the LIV series which is set to take place at the Pumpkin Ridge in Portland, Oregon.

In an interview session at the US Open Koepka was still holding for PGA. A reporter asked him if his decision to stay at PGA was permanent or not. Koepka replied, “There’s been no other option to this point, so where else are you going to go?”

Koepka also added back then, “I’m here. I’m here at the US Open. I’m ready to play US Open and I think it kind of sucks, too, you are all throwing this black cloud over the US Open. It’s one of my favourite events. I don’t know why you guys keep doing that.”