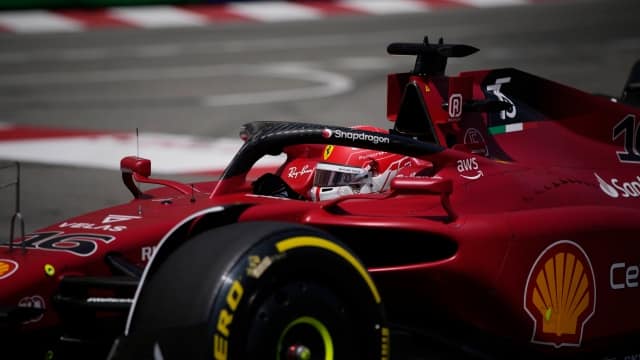 Charles Leclerc dominated the two free practice sessions of the Monaco Grand Prix, where the Ferrari driver could use a win on his home track to regain the lead in the drivers’ championship.

Ferrari had a very satisfying day as Carlos Sainz Jr. finished just behind his teammate Leclerc.

Red Bull finished just behind as Sergio Perez and Max Verstappen set the third and fourth lap times, but they failed to match the speed of the Ferraris on one lap.

“We had two good sessions, even if the long stints were difficult because of the traffic,” said Perez.

But overall, we seem to lack a bit of speed compared to the Ferraris, which are very strong today. So we’re going to analyze everything and see what we can do.

“Yes, we were surprised,” he continued, “We expected a small gap but not as much.”

Verstappen said Red Bull was always trying to find the perfect balance at the city circuit.

“I think overall, we tried a few things to see how the car behaved,” Verstappen said.

I think I was a little happier in P1 than in P2, and yes, of course, if you have a better balance, you can attack a little more, and of course, your lap time will be better.

Leclerc had won two of the first three races to take a 46-point lead in the standings, but Verstappen has four wins and is now ahead of Leclerc by six points.

But Leclerc is motivated in Monaco, where he has never completed an F1 race on the streets of his hometown.

He is so comfortable on this circuit that he cycles to the track from his apartment, and although he won the leadership position last year, he was never able to start the race due to a technical problem with his Ferrari.

Mercedes drivers George Russell and Lewis Hamilton were struggling again. Ferrari and Red Bull are faster, but Mercedes suffers from “porpoiseage” – an aerodynamic problem that causes cars to bounce off the track.

While Russell managed to climb into the top six, the situation was a little more complicated for his teammate Hamilton, who finished the second session in 12th place, more than a second and a half behind the leaders.

Our car bounces back a lot. This is different from what we have experienced in the past. It’s low-speed, but it’s not related to aerodynamics.

“I think the bumps on the track only make things worse. But otherwise, I don’t have to approach the track differently. I just have to fight with the car on one lap. I don’t remember experiencing it like that before.

“The tires have suffered a bit from the heat, so managing the degradation will be a key part of Sunday’s race,” Stroll said.

There are still a few points to work on, but I am convinced that we will improve before qualifying.

The afternoon session was interrupted for a few minutes when Daniel Ricciardo slipped sideways into the guardrails.

A crane lifted the Australian driver’s damaged McLaren off the track.

There is another free practice session on Saturday, qualifying for the race on Sunday.