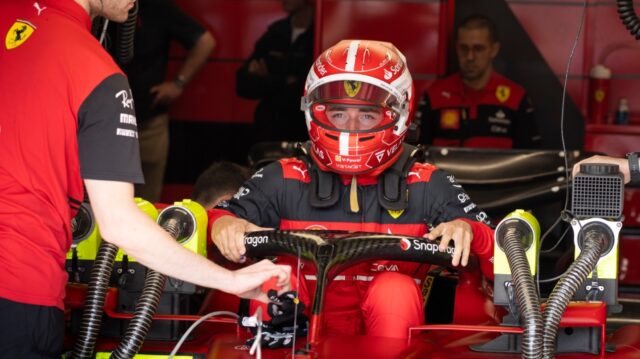 Ferrari decided to change an element of its car on Friday beyond the quota allowed per season.

The penalty is confirmed: after the engine failure of the Azerbaijan Grand Prix last Sunday, Ferrari had to change several parts of Charles Leclerc’s power unit, deemed “irreparable.”

On Friday, before the first session of the championship, the first set of changes was announced for the single-seater. These new pieces fell within limits allowed throughout a season.

But at the end of the day, while Leclerc had made the second free practice session the second time just behind championship leader Max Verstappen (Red Bull), an FIA note reported a new change for the Ferrari, this time concerning the engine control electronics.

However, this element is the 3rd of the kind used by the Scuderia since the beginning of the season, beyond the two allowed per season.

For this offense, the regulation provides for ten penalty places.

If another element is changed beyond the limits before Sunday, Leclerc could still back off the grid.

“It is obvious that we are not in the best possible situation,” said the pilot Friday morning regarding this penalty that hovered over his helmet.

“It’s up to us to choose the best circuit” to take this penalty, he continued, explaining that Montreal was an option because of the possibility of overtaking.

Verstappen is 34 points ahead of Leclerc before the 9th round out of 22. Leclerc’s disadvantage is attributable to two retirements resulting from mechanical issues in Baku and Spain.

People Also Read: 10 Drivers to get attention at the Canadian Grand Prix