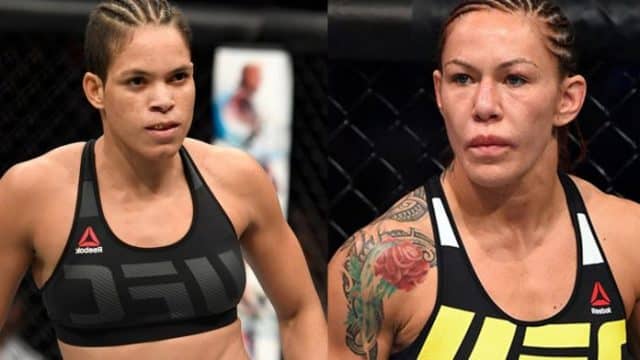 As her contract at Bellator draws to a close, Cris Cyborg hopes to play a rematch against his rival, Amanda Nunes, in another organization.

Cyborg (25-2) is set to compete at the end of the month in Hawaii for the rematch against New Zealand veteran Arlene Blencowe.

The Brazilian met her compatriot, Amanda Nunes, in the co-main event of UFC 232 in November 2018, losing by KO in the 1st round and thus ceding her featherweight title to the bantamweight champion of the time.

Since then, Cyborg has accumulated five consecutive victories by beating Felicia Spencer before joining Bellator at the end of 2020.

In her debut, the Curitiba native stopped the undisputed featherweight champion, Julia Budd, by KO in the 4th round. She then defended her title against Arlene Blencowe, Leslie Smith, and, more recently in November, against Sinead Kavanagh, whom she defeated by KO in the 1st round.

With his contract with Bellator coming to an end, Cyborg is excited about the opportunity to once again face the greatest featherweight in UFC history in another organization.

Yes, of course!” Cris Cyborg said of a possible rematch against Amanda Nunes in an interview with TMZ Sports. “At first, after the defeat, I said I wanted revenge. Maybe in a different organization, we will make the fight happen, I don’t know.

Since Nunes’ KO win over Cyborg, which made her the first two-time UFC champion, she has added four victories to her record by defeating Holly Holm, Germaine de Randamie, and Felicia Spencer, and Megan Anderson before losing to Julianna Pena.

What do you think of Cris Cyborg’s statements? Would you like to see her again?