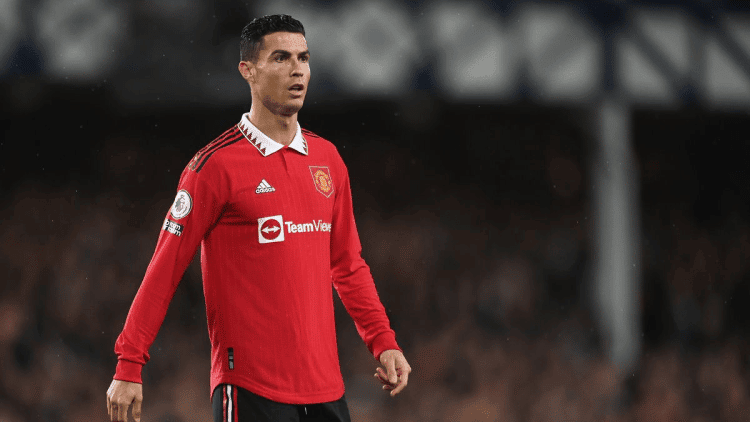 Cristiano Ronaldo may likely not head to Chelsea in January as Todd Boehly is reportedly set to sub the Portuguese star despite reports of being interested in him last summer.

Now that the Portuguese superstar’s exit from Manchester United has been confirmed, the Blues and Sporting Lisbon are said to be Ronaldo’s best options to pick up the pieces.

Recall that Chelsea expressed interest in Ronaldo last summer. Todd Boehly, the club’s new owner and chairman, had his heart set on bringing in the star player then.

Thomas Tuchel, Chelsea’s former manager, insisted at the time that defenders were the focus. Hence, he reportedly opposed the signing of Ronaldo which contributed to his dismissal weeks later.

Now that Graham Potter has taken over as The Blues’ head coach in place of Tuchel, Ronaldo may now be the subject of another effort.

According to a Blues source who spoke to SunSport: “Chelsea have gone cold on him.”

“But if Todd Boehly decided to change his mind he would take some stopping.”

After his famous chat with Piers Morgan, Ronaldo’s contract was mutually terminated.

The 37-year-old claimed to have “no respect” for Erik ten Hag, the manager of Manchester United at the moment.

After the news was made official, Ronaldo issued a statement in which he declared his unwavering affection for Manchester United.

“I love Manchester United and I love the fans, that will never ever change.

“It feels like the right time to seek a new challenge. I wish Man Utd all the best.”

What happened Between Ronaldo And Manchester United?

Cristiano Ronaldo of Manchester United claims that Erik ten Hag, the team’s manager, has deceived him and that he is being forced out of the club.

In August 2021, Ronaldo signed a two-year contract to return to United from Juventus for a second stint at Old Trafford. He was going back to the team where he won eight major championships from 2003 to 2009.

During an interview with Piers Morgan for TalkTV that aired on November 13th, Ronaldo was questioned if United’s management was trying to get rid of him.

“Yes, not only the coach (Ten Hag), but another two or three guys around the club. I felt betrayed,” he said.

“Yes I feel betrayed, and I felt some people don’t want me here, not just this year, but last year too.”

When Ronaldo strolled down the tunnel with a few minutes left in the game after being left on the bench against Tottenham Hotspur last month, according to Ten Hag, the forward refused to be brought on as a substitute.

The team that played Chelsea the following Saturday did not have him on it at that point.

The forward, who will lead Portugal at the World Cup in Qatar at the age of 37, said of Ten Hag:

Upon being contacted by Reuters for comment, United did not answer right away.

Following his explosive interview with Piers Morgan in which he criticized United and manager Erik ten Hag, Ronaldo, 37, and his agent have mutually opted to end his contract.

Cristiano Ronaldo will leave Manchester United by mutual consent and with immediate effect, the club said on Tuesday.

“The club thanks him for his immense contribution across two spells at Old Trafford, scoring 145 goals in 346 appearances, and wishes him and his family well for the future.

“Everyone at Manchester United remains focused on continuing the team’s progress under Erik ten Hag and working together to deliver success on the pitch.”

Ronaldo wanted to leave, according to sources, and United did not pay for him to do so.

The striker told Morgan that the team had made “zero progress” since Sir Alex Ferguson retired in 2013 and that he “doesn’t respect” Ten Hag, prompting United to try to have his contract at Old Trafford terminated before it was supposed to expire in June.