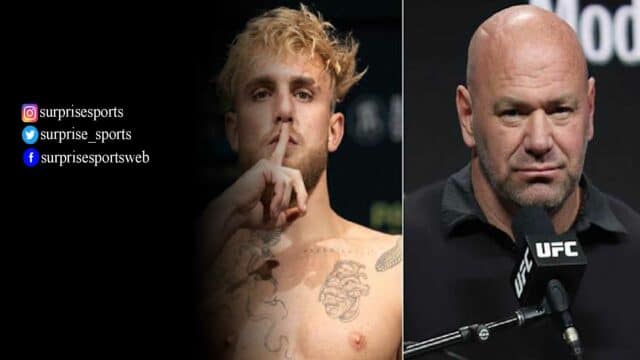 Even though Jake Paul and Hasim Rahman Jr. are set to face off in a pay-per-view boxing contest at New York’s Madison Square Garden next month.

As far as the UFC’s controversial figurehead is concerned, neither combatant has anything but negative things to say about him.

In April, Rahman Jr. was knocked out by James Morrison.  Despite this, he maintains a 12-1 professional record.

It puzzled White that Paul, whom he had previously publicly chastised. He chose the loser of that fight rather than the victor.

“First of all, I wasn’t knocked out, I got stopped, I was on my feet,” Rahman Jr. said.

“Dana White could put anyone in there with me, Francis Ngannou, Jon Jones, the retired dude Randy Couture, I would destroy them, he knows that.

“He’s not going to put any of his fighters with me so I don’t put much weight on what he said. He doesn’t want his fighters fighting boxers anyway, and I can get in a cage with these guys, too. I’m a real fighter.”