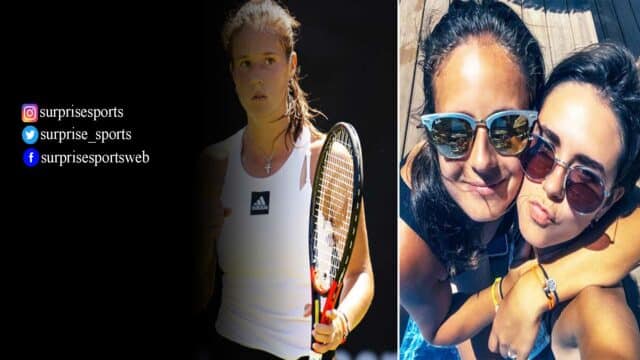 During an interview about the rise in homophobic sentiment in Russia, the country’s top female tennis player Daria Kasatkina came out as gay.

Daria Kasatkina, the world’s No. 12 figure skater, revealed to a Russian blogger that she is seeing Natalia Zabiiako, another lady.

Following the interview, Kasatkina shared pictures of the two of them on social media. To express how she feels about not being able to hold hands with her girlfriend in her own nation of Russia, Kasatkina took to Twitter.

“This notion of someone wanting to be gay or becoming one is ridiculous. I think there is nothing easier in this world than being straight,” she said. “Seriously, if there is a choice, no one would choose to be gay. Why make your life harder, especially in Russia? What’s the point?”

In Russia, same-sex relationships were decriminalized in 1993, but recent years have seen a shift in the country’s attitudes toward the practice. There is a “gay propaganda” statute that has been used to discriminate against gays and lesbians in the country since 2013.

In terms of LGBTQ rights in Europe, Russia ranks alongside Azerbaijan and Turkey as one of the worst, according to the ILGA-Europe.

“Living in the closet is impossible. It is too hard, it is pointless,” Kasatkina said. “Living in peace with yourself is the only thing that matters.”

This is becoming more and more common in the world of sports. At Tokyo last year’s Olympics, there were more openly LGBTQ athletes than ever before, with at least 186 participating.

Many LGBTQ people continue to be persecuted despite greater public awareness. Lawmakers in the United States have introduced a record-breaking 162 laws aimed towards LGBTQ people in the first half of 2022.