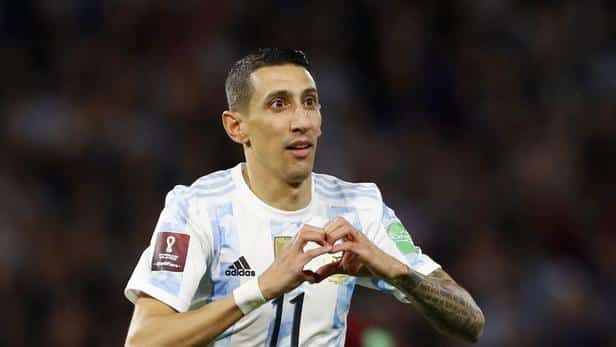 According to Paris Saint-Germain’s scorer against Venezuela, Di Maria should stop after the next World Cup… much like Lionel Messi.

After the victory of Ciel et Blanc 3-0 against Venezuela, Angel Di Maria was more than enigmatic on social networks. Scorer this Friday night for his 121st selection, the PSG player indicated that it was his last match on his home soil, he the native of Rosario.

“It was probably my last match with this jersey in Argentina,” El Flaco wrote on Instagram.

Everything suggests that the former Manchester United player will leave the selection after the next World Cup in Qatar. The final of this world championship will be played on December 18, while Angel Di Maria will celebrate his 35th birthday on February 14, 2023.

«I’m just going to say thank you for the huge affection I’ve received, appreciates from the former Real Madrid. I have always dreamed of everything I experienced during that beautiful night. It was probably my last game with this jersey in Argentina. And to say it was a wonderful night is not enough. Thank you, thank you, and a thousand times thank you. Now I would like to congratulate the whole team for the terrible game they played—a perfect game for everyone. Let’s keep growing and dreaming together. Let’s go for Argentina!»

In the footsteps of Messi?

Already qualified for the next World Cup, the two-time winner of the competition easily disposed of Venezuela last night.

Achievements by Nicolas Gonzalez (35th), Angel Di Maria (79th), and Lionel Messi (82nd). The number 11 of PSG scored nine minutes after his entry into the game.

Therefore, he should leave the selection at the end of the calendar year, like his teammate at the club.

«After the World Cup, I will have to take stock of many things whether it goes well or badly. Let’s hope it’s in the best way,” said Lionel Messi after the victory against Venezuela.

La Pulga is the most capped player of the Argentine selection with 158 caps and 80 goals. Angel Di Maria is the fourth-most capped player in the history of his selection and the second inactivity. One hundred twenty-one capes and 24 achievements for El Flaco.

The four-time champion of France with PSG has also forged a good record with Argentina. Winner of the -20 World Cup in 2007, before the Beijing Olympics a year later.