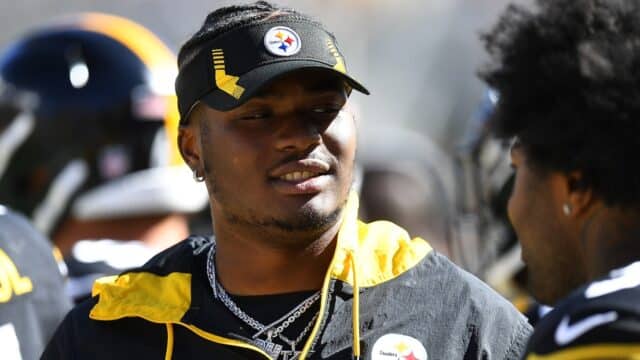 Pittsburgh Steelers quarterback Dwayne Haskins was intoxicated and had used drugs when he was hit head-on by a garbage truck while walking on a Florida highway last month; an autopsy report released Monday revealed.

The Broward County Coroner’s Office said Haskins’ blood alcohol level was 0.20 when he was caught on Highway 595 near Hollywood Fort Lauderdale International Airport.

That’s two and a half times the 0.08 allowed limit for driving in Florida.

According to the University of California and other universities, a person the size of Dwayne Haskins would have to consume about 10 glasses of alcohol in the hour before his death to reach the threshold of 0.20.

A powerful anesthetic, ketamine, and its metabolite, norketamine, were also found in his bloodstream.

A report revealed that Haskins’ car had broken down near the scene of the tragedy.

At the time of the tragedy, the woman with him told investigators that Haskins, who was 24, was looking for fuel.

Witnesses said he was trying to report his presence to motorists while standing on the centerline before being hit by a garbage truck and an SUV.

The coroner’s report stated that he died instantly. No charges have been laid in this case.

The Steelers told investigators that Haskins had no mental health issues and that he had never threatened to commit suicide.

They admitted that he sometimes drank heavily and used marijuana, but never other recreational drugs. The coroner determined that it was an accidental death.