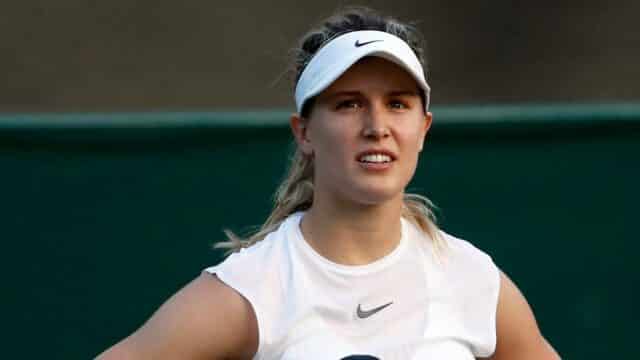 Eugenie Bouchard has decided to withdraw from the Wimbledon tournament due to the current rules regarding ranking.

As a result of its protected ranking last week, the player lacking a world ranking qualified for the main draw, benefitting from the decision not to welcome the Russians and Belarusians.

Then the ATP and WTA circuits decreed that no points would be awarded to players out of fairness, which will not affect the ranking of each.

Bouchard thus considered it useless for her to use one of her protected entries, not being able to progress in the rankings. She explained her reasoning on Twitter.

“I have a limited number of protected entries,” she said.

Although I love Wimbledon, and it saddens me to give it up, using one of these entries at a tournament where no points are allocated does not make sense to me.

I have to make smart choices and use the tournament tickets that will allow me to get back to the level I want.

The 2014 Wimbledon finalist is recovering from surgery on her right shoulder. She has not played since March 2021 at the Monterrey tournament.

Quebec’s Leylah Fernandez will also not be there due to a stress fracture in her right foot at Roland Garros. However, Canada’s Bianca Andreeescu will participate in the tournament.