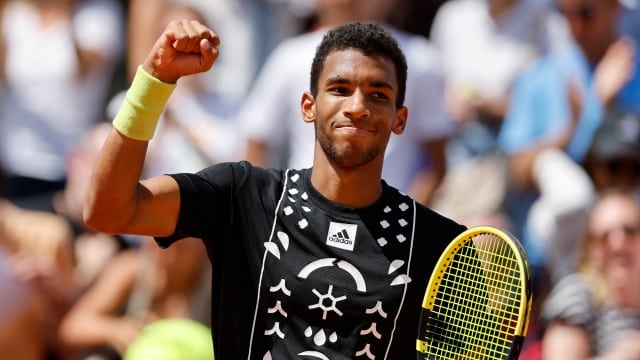 Leylah Fernandez and Felix Auger-Aliassime will participate in France International’s second week of activities. The two Quebecers successfully passed the third round on Friday.

In the eighth final, the ninth seed will face Rafael Nadal, winner of 13 titles on clay at Roland Garros.

As for Fernandez, she got her ticket to the knockout stages after defeating Switzerland’s Belinda Bencic.

She avenged her compatriot Bianca Andreescu, who Bencic defeated in the previous round.

“It was a tough game, and I think today’s difference was to trust me when it mattered most,” Fernandez said. I’m glad I managed to have enough confidence to continue executing my game plan. »

Fernandez will face 20-year-old American Amanda Anisimova, who reached the semifinals at Roland Garros in 2019.

Anisimova, the 27th seed, made it through the third round when Karolina Muchova dropped out after injuring her right ankle. Anisimova was leading 6-7 (7), 6-2, 3-0 when Muchova threw in the towel.

In March, Fernandez and Anisimova had faced each other only once on the WTA Tour at Indian Wells. The American abruptly withdrew after losing a decisive game in the second set.

Fernandez said she is always looking forward to competing against other young players on the circuit.

“I think it’s great for the sport,” she said of the confrontation of young people. We can attract more young people to take an interest in tennis, and I hope they will take a tennis racket.

“I think it’s great to see that we’re all getting better every year. We continue to play against the best players here, and we hold on.

This is the best result for a Canadian in Paris since Eugenie Bouchard played in the semifinal there in 2014.

At last year’s U.S. Open, the finalist who was often betrayed by her serve — eight double faults — offered herself six breaking balls throughout the match.

Fernandez, 19, often showed grit during the match, such as when she erased two set balls in the first set before winning the last three games.

Or at the beginning of the third set when she erased a 0-2 deficit.