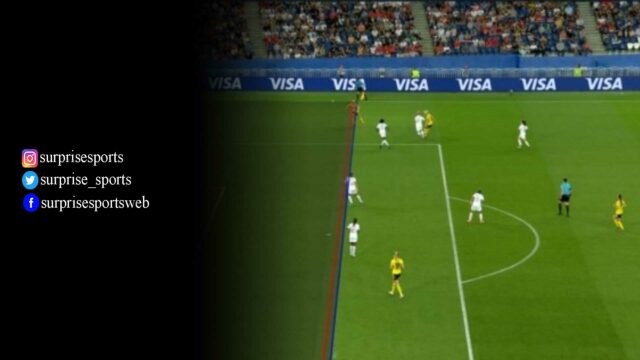 Using AI, stadium cameras, and a linked match ball, FIFA has created a semi-automated offside solution. That will aid on-the-field referees with offside calls during the 2022 World Cup in Qatar.

An attacking player must have at least 2 rivals in front of them. And when they collect a ball from a teammate in the opposing team’s half of the field. Unless when the ball comes directly from an on-field goal kick, throw-in, or corner, in which case there is no requirement.

Additionally, the referee does not penalize players for taking an offside position on the pitch. If they do not influence the outcome of a match.

Development of the AI:

During the 2018 World Cup in Russia, FIFA implemented Video Assistant Referee tech. Whereby cameras surrounding the stadium fed data to screens in an off-field operations center to help the on-field ref in making important decisions during a game. Since then, FIFA has worked to improve the setup.

When the semi-automated offside technology heads to Qatar later this year, it will have already been successfully trialed at other FIFA tournaments and test events. It judges offside calls using 12 tracking cams placed at different points underneath a stadium’s dome.

“At the FIFA World Cup in 2018, FIFA took the brave step to use VAR technology on the world’s biggest stage. And it has proven to be an indisputable success,” said FIFA’s president, Gianni Infantino.

“Semi-automated offside technology is an evolution of the VAR systems that have been implemented across the world. This technology is the culmination of three years of dedicated research. And testing to provide the very best for the teams, players, and fans who will be heading to Qatar later this year, and FIFA is proud of this work.

“As we look forward to the world seeing the benefits of semi-automated offside technology at the FIFA World Cup 2022.”