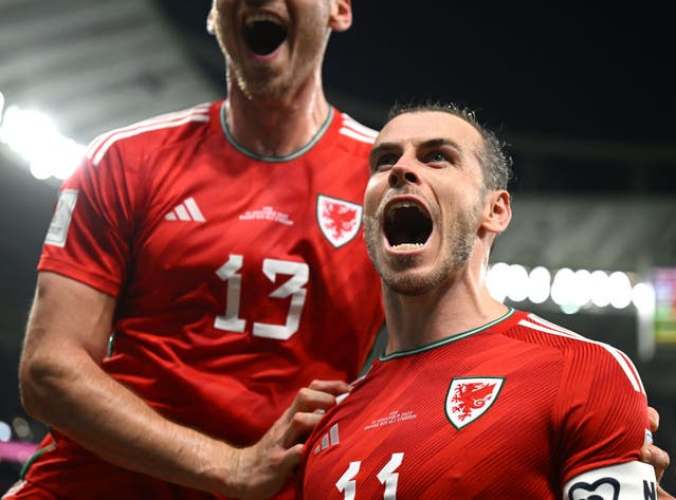 Gareth Bale came to the aid of Wales as the captain’s last-second penalty preserved a draw against the United States in the nation’s first World Cup match in 64 years.

In a first half that was dominated by an energetic USA team, Tim Weah’s well-placed goal gave the American team the lead after Christian Pulisic’s ferocious run and pass.

A one-sided game was turned into a true match when striker Kieffer Moore was introduced to the team at halftime. Ben Davies and Moore both came close to tying the score.

Then, with nine minutes left, the hitherto unnoticed Bale was clattered in the box by Tim Ream before kicking his penalty calmly into the goal, erupting the traveling Welsh fans in the stands.

The United States and Wales match, which concluded Monday’s group stage action with a 1-1 tie, gave both teams a point in Group B of the 2022 FIFA World Cup.

Tyler Adams, the squad’s captain, and his young, competitive team are coached by Gregg Berhalter.

With an average age of 24, the United States is tied with Ecuador as the second-youngest team competing in the 2022 World Cup in Qatar, just after Ghana (23.5).

An enthusiastic crowd was present at Ahmed bin Ali Stadium before the start of the game to welcome the USMNT, which is on a tour of retribution after missing out on qualification for the 2018 competition for the first time since 1986.

The United States last competed at a World Cup in 2014, where they advanced to the Round of 16.

The USMNT’s best World Cup performance came in the competition’s inaugural year, 1930, when they placed third out of a total of 13 teams.

Sergio Dest and Weston McKennie of the USA were unfortunate to receive back-to-back yellow cards early on at the 11- and 13-minute marks of the game against Wales earlier today, November 21.

At the halfway point, there was still no score, but neither side gave up without trying.

Tim Weah, a 22-year-old winger, scored the United States’ first World Cup goal in eight years in the 36th minute. Karma was on the Americans’ side, though.

Weah is the 23rd player to score for the United States in a World Cup and the first to score against Wales at a World Cup since a 17-year-old Pelé in 1958.

His father is George Weah, the president of Liberia and 1995 FIFA World Player of the Year.

Gareth Bale of Wales, who was finally given his long-awaited opportunity on the World Cup stage, was issued a caution in the 40th minute, and Mepham of Wales was issued a second caution just before halftime.

Bale made amends by scoring the equalizing goal from the penalty spot in the 82nd minute.

As Weah’s opening goal for the USA is cancelled out by Bale’s penalty for Wales, the game ended in a 1-1 draw. The draw left England at the top of Group B with three points, while Wales and the USA occupy the second and third spots respectively with a point apiece. Iran is left at the bottom of the table with no point.