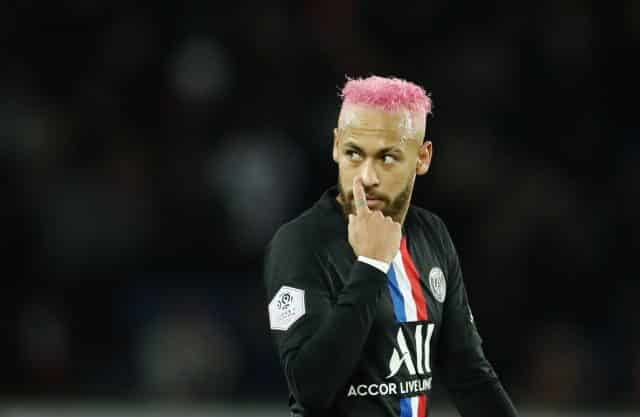 €40,000 have been stolen from the bank account of Brazilian football star Neymar Jr. The money was stolen through an instant bank transfer system online, Brazil’s Saupaulo police said. Police have also arrested a 20-year-old man for stealing money from his account. It is known that the amount of money stolen was 40,000 euros.

According to the police, the youth arrested is actually an administrative assistant of a company. He was working for a crime syndicate.

It is heard that the accused youth had taken the help of an instant online bank transfer method named PIX. And that’s how many bank clients, including Brazilian forward Neymar, have been accused of moving their money. The incident was widely reported by Brazil’s Regional Criminal Investigation Agency.

They have also been able to find out the others involved in the crime. Neymar has so far not reacted to the incident.

Fabio Pinheiro said the arrested youth received a password from one of his colleagues. Then the rich people who had accounts in that bank would hack them and often take away a small amount of money.

Fabio added that the young man had stolen about 200,000 Brazilian rupees after stealing a few rounds. However, no one had noticed it before. However, Neymar and his father complained to the bank authorities after stealing the money and the investigation was started on the basis of that. And that’s where this young man’s work comes out.

A police statement said they arrested the 20-year-old hacker on Wednesday for “cheating bank clients”.

Fabio said the hacker had obtained a password from his colleague. Through which various famous people, who are very rich, start moving money little by targeting the accounts of such people, even if the amount of money is two thousand dollars so that they can’t catch it.

The 20-year-old hacker has been arrested, but his name has not yet been released by local police authorities. He has been accused of financial fraud with several bank account holders. Neymar is also one of the victims. While investigating the complaint, the state’s criminal investigation department found the young man. Police raided the busy city of JonaLeste in Sao Paulo to nab the young man. Several others involved in the fraud have been identified.

Neymar’s reaction over this incident:

Neymar’s account was run by his father. He didn’t even get it in the beginning. When he did, he complained to the authorities. They investigate and find out who did it!

Neymar has not yet opened up about it. Besides, where is the time to think about such retail money for someone who has millions of euros in his account! “He’s rather (against Real) preparing for the February 16 match. The 30-year-old returned to PSG training on Thursday after more than two months of injury. He has watched PSG’s last 12 matches off the field.

Neymar had earlier taken to the field in PSG’s jersey on November 28 last year. The Brazilian left the field after injuring his left ankle in the match. Although he is not fully fit from injury, Neymar has returned to PSG training. His goal is to take the field in the Champions League match against Real Madrid. However, before that match. Neymar is more likely not to play in this match.