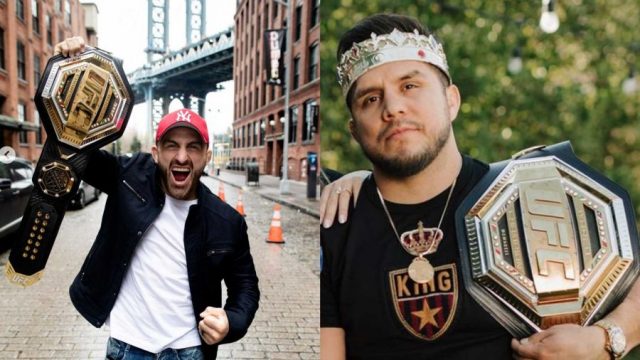 Alexander Volkanovski said Henry Cejudo still had to prove himself in the featherweight division.

Henry Cejudo recently announced that he would be making his return to the UFC. He would like to face featherweight champion Alexander Volkanovski in Australia.

With his status and his last victory against “The Korean Zombie,” the Australian wants to change category and fight in lightweight. It is an idea that has scared the athletes of the division, including Islam Makhachev, who publicly urged Volkanovski not to join the lightweights.

Regarding Henrey Cejudo, the Australian spoke about him on The MMA Hour:

“You can take him seriously, but he still has to prove himself in our division. I respect the guy. He is doing great things. I don’t hate it.

He has a lot of feats of arms, and I respect him as a fighter and as an athlete, but at the same time, how long has he been calling me? He was giving Lessons to Zombie on how to get the fight…

“I thought he was on Zombie’s back, but now he’s talking to me to get some attention. And he wasn’t even in the USADA test group, but he couldn’t believe I didn’t choose him.

Man, you know you can’t even fight; why are you wasting your saliva, and why should I waste my saliva on it? That’s why I don’t take it too seriously.

“Why am I going to waste energy on him? This guy is not clear about what it will be; I even wonder why I’m talking to him. Again, I’m not going to take this too seriously. »

The Australian seems categorical about Henry Cejudo, giving him almost no credit. Volkanovsky seems determined to continue his journey without worrying about the fate of “Triple C.”

What do you think of Alexander Volkanovsky’s statements?