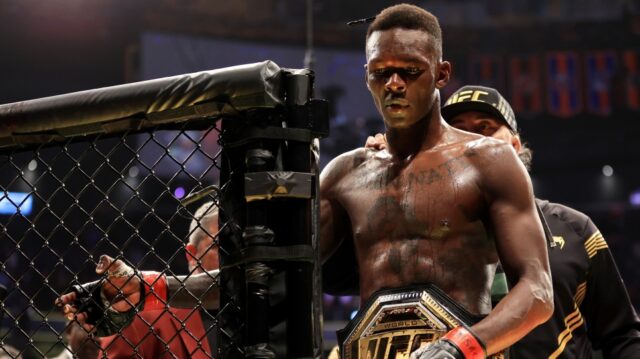 Israel Adesanya successfully defended his middleweight title for the fifth time. He defeated Jared Cannonier unanimously in the main event at UFC 276 on Saturday in Las Vegas.

Methodical and taking few risks, Adesanya did what was necessary for the eyes of the judges to keep his belt.

Two judges handed over cards of 49-46 in favor of the champion. The third saw Adesanya win each of the five rounds.

This is his third win after losing to Jan Blachowicz for the light heavyweight championship in March 2021 at UFC 259. He remains undefeated in the middleweight division.

This is the fourth time in a row that Adesanya has fought a five-round fight. It’s reached the limit and the seventh time in his career.

Cannonier was battling with a title at stake for the first time in his 14th fight in the UFC.

After his victory, Adesanya claimed a fight against Alex Pereira. Alex passed the knockout to Sean Strickland earlier in the evening.

Volkanovsky sweeps the trilogy against Holloway

In the semifinals of the gala, Alexander Volkanovski dominated Max Holloway. He retain his featherweight championship with a unanimous decision victory.

The three judges gave the five rounds to the undisputed champion of the 145 pounds.

Volkanovsky won all three feather belt fights between the two men. Despite losing by decision in the trilogy’s first two volumes, Holloway (23-7) had done enough to deserve a third chance at the title. This time, the champion left no doubt.

The Australian inflicted a very deep cut on Holloway above his left eye in the second round. And was never worried during the fight.

He controlled the duel during all five rounds. Served a real clinic to the first contender of the division.

Volkanovski defended his title for the fourth time. He remained undefeated in 12 fights in the UFC. He has won his last 22 clashes.
Holloway has lost four of his last seven fights. It includes his three losses to Volkanovsky.
Related
Yan Xiaonan 2022: Net Worth, Earnings, and Husband