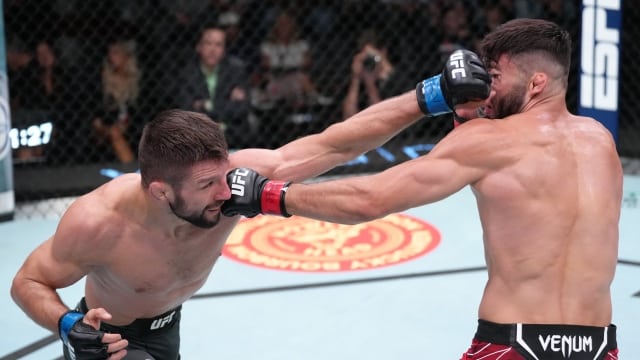 Mateusz Gamrot defeated Arman Tsarukyan in a close-knit fight. The fight ended with a unanimous decision of the judges, who all handed over a card of 48-47 in favor of Gamrot.
The two rising stars of the lightweight division would face off in the UFC Fight Night gala in Las Vegas.
The two fighters delivered a blow for blow. Tsarukyan hit the target 109 times in 266 shots (41%) compared to 91 in 172 (53%) for Gamrot. Poland’s Gamrot managed six times to the mat against only one for the Armenian.
Tsarukyan was the best of the two fighters in the first two rounds, but the next three rounds went in Gamrot’s favor.
Tsarukyan is 11th in the UFC lightweight ranking. He had won his most recent five fights after losing to Islam Makhachev in his debut.
Makhachev is number 4 in the category. Tsarukyan’s last two victories, won by knockout against Christos Giagos and Joel Alvarez. For that he earned the Performance of the Evening bonus.
Before the fight, Gamrot was not in the division standings. But he had won his last three fights after losing in his debut. Guram Kutateladze then won by split decision.