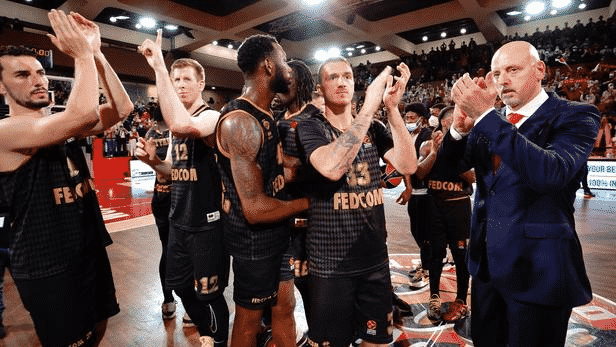 The princely team will play a decisive fifth game in Greece on Wednesday against Olympiakos in the quarterfinals of the Euroleague after equalizing at 2-2 on Friday.

Sasa Obradovic, the coach of Monaco, appreciated “the heart” of his team to win against Olympiakos (78-77) in the 4th game of the Euroleague playoffs and believes that now everything depends on herself, who knows how to “win under mental pressure.”

How do you analyze this victory?

Sasa Obradovic: I have a hard time analyzing. But at the end of the day, the victory is there. A victory is a victory. That’s the most important thing.

This match, especially the energy shown by my players, was a whole different level than what we had shown previously. Winning under mental pressure is intense. And the players now have it in them.

We have already beaten Olympiakos at home. I know it will be very different. But we showed so much energy in matches 2 and 4! Of course, there, it will take more than that.

It will take patience for everyone to contribute. Tonight (Friday, editor’s note), we won this game with a big heart. It was an incredibly physical match. I reduced the rotations to stay with the most important boys.

Will Thomas was essential in this victory, wasn’t he?

It’s hard to take someone out and say they’ve been the best. But for me, Will is the heart of this team. And not only in this match.

It goes beyond statistics, and he hangs on for rebounds and helps his teammates. He is an incredible professional who sets an example daily.

He is one of the most critical players in my career. In addition, he has the experience, a big basketball IQ, and an important character. This gives stability to the team in every game.

How will you approach this trip to Athens?

Already, we will regenerate. We’ll see if Alpha Diallo can come. We missed him a lot in these last two games. Now it’s not the atmosphere; it’s not Olympiakos.

That’s us! They were put under pressure. We will also have to find solutions, such as against Moustapha (Fall), who hurts us in painting. Olympiakos has a lot of experience and knows how to prepare for this 5th match.

But I count on our current energy and heart. It will be necessary to know how to balance the practical side, the ability to distance emotions, and this energy.

I will put all my experience for the players in a few days. But they have to dive into their own experience. We would have some time to prepare well for this match.