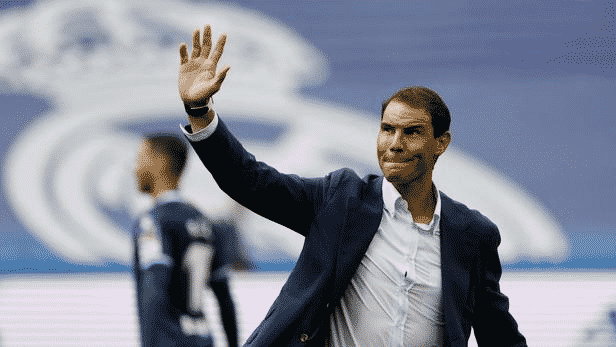 Unconditional fan of Real Madrid, Rafael Nadal, has asked the director of the Master 1000 of Madrid not to make him play this Wednesday night to enjoy the semi-final against Manchester City.

Needless to wonder where Rafael Nadal will be this Wednesday night, a seat at Santiago Bernabéu is already reserved for him. A big fan of the club just crowned with a new title of champion of Spain, Rafael Nadal intends to be present tonight for the semi-final return between Real Madrid and Manchester City.

The 35-year-old tennis player even went so far as to ask the director of the Master 1000 in Madrid not to make him play simultaneously in the match.

“Nadal asked us that when Madrid played the semi-finals of the Champions League, we do not make him play,” he tells the Spanish radio channel El Larguero.

As a result, Nadal plays well today against Miomir Kecmanovic but does not panic. The match begins at 4 p.m.