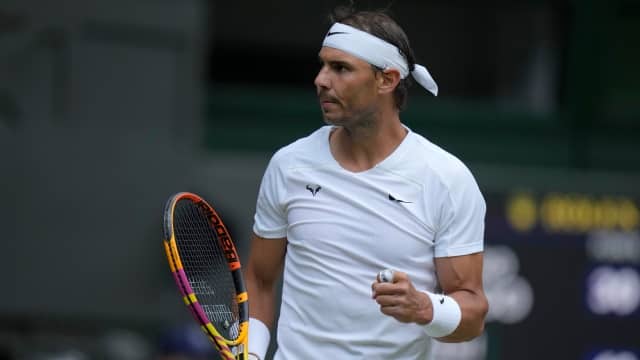 Rafael Nadal, 4th in the world, quietly qualified Saturday for the 8th final of Wimbledon. He defeated the Italian Lorenzo Sonego (54th) 6-1, 6-2, 6-4.
“It’s my best game since the beginning of the tournament, against the best of my three opponents so far. I’m happy to have raised my level of play well,” said the 36-year-old Spaniard.
In his first two games of the tournament, conceded a set each time. Nadal had not played on the London grass since his semi-final defeat in 2019.
This time, he did not leave the shadow of hope to his opponent. Next, he will face the Dutchman Botic van de Zandschulp (25th) to try to climb to the quarters.
Nadal was the winner of Wimbledon in 2008 and 2010. Now he is looking for a 23rd Grand Slam title after winning this year’s Australian Open and Roland Garros.
But he is under the threat of foot pain that has not bothered him since the beginning of the competition.

Kyrgios gets rid of Tsitsipas