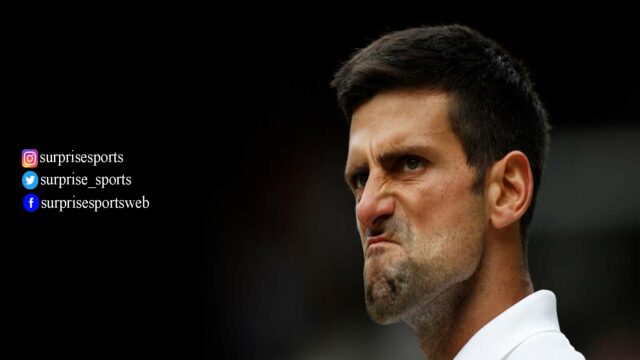 Novak Djokovic, the former world number, has had an issue with Covid-19 vaccination since the virus first spread out. Recently, at a speaking conference, Djokovic again hits up the old problem, which could cause him to withdraw from Wimbledon.

By the reports of Express, Novak said he would rather not play in tournaments that required mandatory vaccination.

After a few top seeds withdrew from the Wimbledon 2022 cause of positive Covid-19 results, people didn’t take the comment of Djokovic in good eyes. After Novak announced it on public air, people again started to clash over the old topic.

Like most people, Wimbledon won’t take such comments in a good way either. If they apply the mandatory vaccination rule, the Serbians will have to leave the All England Club without getting a chance to defend their trophy.

During the speaking conference, a reporter asked the 2022 Wimbledon defending start, “Is that [getting jabbed] something you’ve completely closed your mind to as an option going forward.” Djokovic replied, “Yes, Yes…”

The two most prominent celebrities in tennis have withdrawn themselves from the 2022 Wimbledon. First, Marin Cilic, world number 17, announced his withdrawal from Wimbledon cause of the positive Covid-19 result.

Within less than 24 hours, another forced withdrawal news shocked everyone. The second news came from world number 11, Matteo Berrettini. Both players were on the pre-tournament favorite list.

Not having Berrettini on the green court will surely make tennis fans sad. He has a huge chance of making history this time too. Berrettini is looking forward to fulfilling his last year’s job. He became the runners up in the 2021 Wimbledon against Novak Djokovic.

Berrettini posted on his social media, “I am heartbroken to announce that I need to withdraw from Wimbledon due to a positive Covid-19 test result,”

“I have had flu symptoms and have been isolating the last few days. Despite symptoms not being severe, I decided it was important to take another test this morning to protect the health and safety of my fellow competitors and everyone else involved in the tournament.”

The current UK rule is that a player must have to check Covid-19 only when they have symptoms. So, just because two players got sick, Wimbledon won’t start studying if their players are Covid-19 positive or negative.

After pulling out Berrettini and Cilic’s cause of the Covid-19 issue, fans are concerned about Nadal’s and Djokovic staying in Wimbledon. They are in the risky situation of getting infected by Covid-19 as they practiced and came in close contact with Berrettini and Cilic.

After that, both Nadal and Novak confirmed that they were completely healthy and had no symptoms of Covid-19.