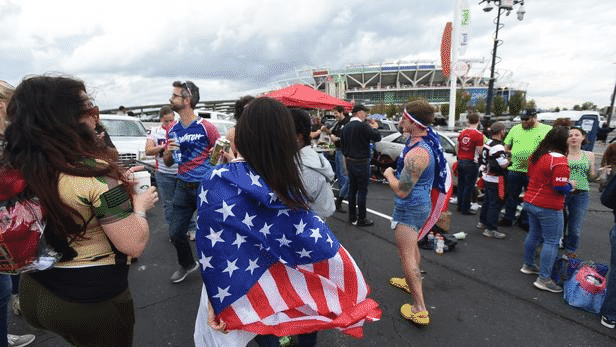 It was just announced by the international federation which country will host the Rugby World Cup after France. The competition will now feature women as well.

Unsurprisingly, World Rugby, the international federation, unveiled the host countries of the next World Cups this Thursday, after the one of 2023, which will be organized in France.

First of all, in 2025, the Women’s World Cup will take place in England, the country of the Red Roses, the best team in the world currently.

For the next editions of the world games, the chosen host country will organize, two years apart, the men’s and women’s editions.

🌎 A time for rugby to rise, all around the world

🤩 Rugby World Cup’s Golden Decade is going to be a lot of fun! #RWCAnnouncement pic.twitter.com/siydahmbIx

In its conquest of new territories, World Rugby has therefore decided to attack the United States for the first time.

It will not, however, be a first on the American continent since Canada had already hosted the women’s edition in 2010, which was won by the New Zealand Black Ferns.

“The new model will foster the global growth of rugby in new markets, attracting new fans and participants,” the international body said.

“Today, we have designated three outstanding Rugby World Cup host nations – England, Australia, and the United States – offering unprecedented certainty and a unique opportunity to drive the growth and influence of rugby around the world.

It’s great for rugby, the fans, and the host nations,” World Rugby chairman Bill Beaumont said in a statement.

The confirmation of destinations is based on a new partnership approach to tournament organization, fostering sustainable development, particularly in the United States and for women’s rugby, enabling the sport to realize its potential on and off the pitch and generating significant socio-economic benefits for the host countries.”

He added: “Today is a historic moment for the sport and a great step forward for the fans. I would like to congratulate everyone who has helped make this dream a reality, directly contributing to our vision of making rugby a global sport for all.”