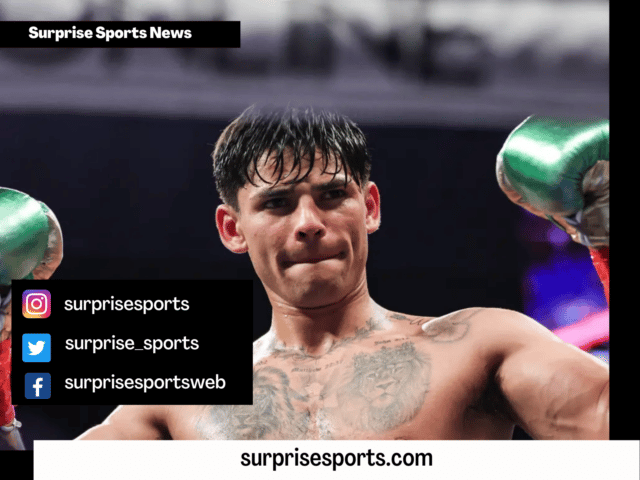 On July 16, Ryan Garcia won by TKO in the sixth round against Javier Fortuna. The two men faced each other at the Crypto.com Arena in Los Angeles, California.
After putting Javier Fortuna on the mat in the fourth and fifth rounds, Ryan Garcia sent his opponent another quick and powerful sequence (left/right/left). Again, the latter was counted, but this time did not get up before the end.
Relive the TKO in the video below:

The Mexican-American now has 23 wins for the same number of professional fights. 19 of his fights ended in a victory before the limit.
Javier Fortuna now has 4 defeats in the professional ranks and has lost twice in his last three fights.
What did you think of Ryan Garcia’s TKO win over Javier Fortuna?
People Also Read: Manon Fiorot will have a lot to do at UFC Paris