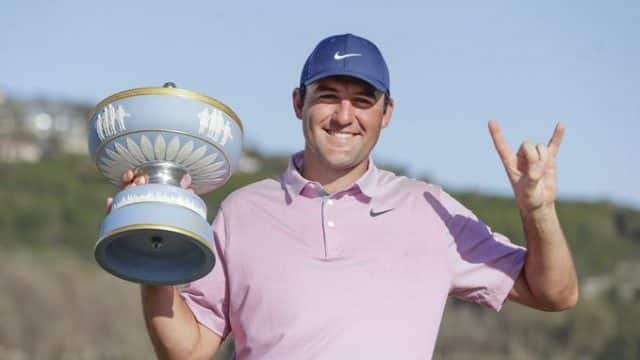 American Scottie Scheffler has become the new world No. 1 golf course, thanks to his victory at the World Matchplay Championship (WGC) in Austin, Texas.

American Scottie Scheffler put in two shots on Sunday as he became the new world No. 1 golf player thanks to his victory at the World Match Play Championship (WGC) in Austin, Texas.

Aged 25, the one who dislodges from the throne, the Spaniard Jon Rahm is the 25th player to reach this position since the introduction of the ranking in 1986.

To do this, the man in the shape of this first quarter of 2022, also the winner of the Phoenix Open and the Arnold Palmer Invitational, had to succeed in the final of this World Championship, where he had failed last year, beaten on the last step by Billy Horschel.

“I don’t know what to say. I’m just very happy. It was a difficult week, a long week. I had to find my routine to keep my energy. But I’m exhausted enough, to be honest,” he said, moved.

Scheffler took revenge on the defending champion in 8th the day before, then eliminated former world number one Dustin Johnson in the semifinals earlier Sunday.

“It’s a dream come true to play in front of the fans in the city where I studied. I have only good memories of this course. I’m always happy to play this tournament and now even happier to win it,” he added.

Facing his compatriot Kevin Kisner (34th), another event specialist for having won it in 2019 after having also stumbled in the final the previous year, Scheffler led from start to finish to win 4&3.

He first took advantage of a bogey at the No. 2 of his rival before a birdie on the 4th and 6th holes. With this advantage of 3 up, he ensured pars, just like his rival, who could never reduce the gap and hope for a rise.

After taking a four-shot lead in the 14th with a birdie, Scheffler secured the par in the 15th, and the game was sealed. After six holes, Scheffler was 3 ahead of Kisner.

On the 14th hole, he hit a 15-foot birdie putt to lead 4-4 and win the game. “He plays incredible golf. I knew I had to give my best, but my putting didn’t work well enough,” Kisner said.

Against Johnson in the semifinals, Scheffler took a 4up lead at 8 holes and 5 at No. 11, but Johnson came back strong with four consecutive birdies at No. 12-15, leaving Scheffler with a 1-1 lead.