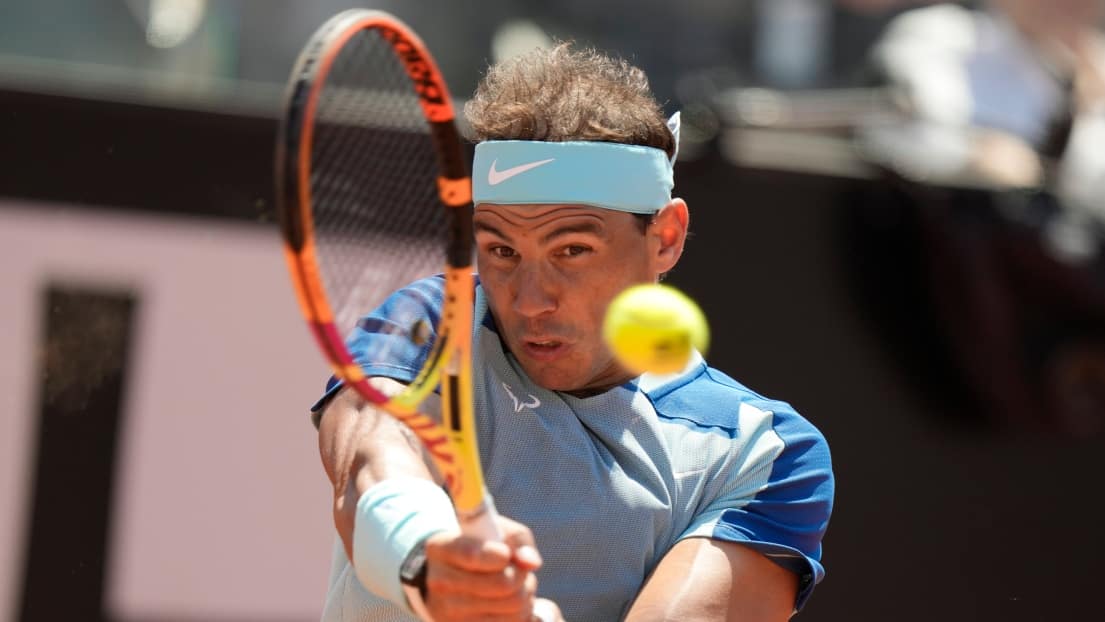 Rafa Nadal appeared Wednesday night for training open to the public on the Central Court of Roland Garros after being betrayed six days earlier in Rome by his left foot. He struck, hard, visibly without any particular embarrassment.

As the audience watched in the sun as Stefanos Tsitsipas hit balls under his father’s gaze, a clamor suddenly rose from the bays: at 6 p.m., King Nadal entered “his” court, the one where he lifted the Musketeers’ Cup thirteen times.

And while the clay was watered, the champion was waiting quietly on the side. A thousand spectators began to chant, “Nadal! Nadal!

Then Rafa began his exchanges with his compatriot Jaume Munar. Gently at first, as if not to break the ball that would have turned into an egg.

And stronger and stronger until martyring the little yellow sphere as if to make an omelet.

Encouraged as if he were in the middle of the match, Nadal handed out a few small hand signals in thanks.

We play games for a good hour with exercises on the fly, some smashes, services, and Nadal and Munar.

After receiving a big serve from Munar, Nadal pounced to his left and swung one of his massive long-line forehands that his opponent could only watch pass before he could even get back up from his service gesture.

Strikes, races, jumps, slides, little swearing on missed shots… for two hours, Nadal spared nothing; he did everything, succeeded in everything.

There is nothing more to do with these terrible grimaces that accompanied his defeat against Denis Shapovalov in the 8th final of the Masters 1000 in Rome.

Victim of the unbearable awakening of the pain related to his chronic and fatal injury to the left foot (Muller-Weiss syndrome), the Spaniard had indicated in the wake that he still dreamed of participating in Roland-Garros (May 22-June 5) but that he did not know if his foot would allow him.

He is there and will know his first opponent on Thursday at the end of the draw scheduled for 7 p.m.

Unless he suffers a relapse during the semi-finals, the Mallorcan, who turns 36 on June 3, should be the favorite to win his 14th Roland Garros title and extend his Grand Slam record to 22.