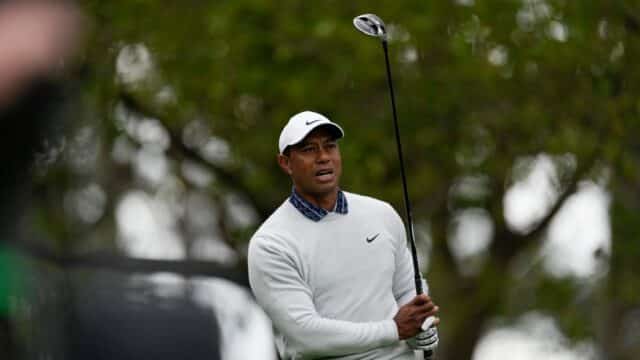 Tiger Woods, who trained Sunday in Southern Hills, Arizona, for the PGA Championship, the 2nd round of the Grand Slam that begins Thursday, said he felt “much stronger” than he was when he returned to the Masters in April, Sports reported.

“I’ve become much stronger since Augusta,” said the winner of 15 Majors after nine-hole training.

He had surprised the world of golf, making his return to the greens more than thirteen months after his serious car accident near Los Angeles that almost cost him his right leg.

Overcoming the pain, he had passed the cut and finished in 47th place at the Masters, considering that this performance was one of the greatest of his career yet punctuated by titles.

Woods said the Monday after that event “was horrible,” but he was back at the gym to strengthen his leg on Tuesday. And “everything is better,” the 46-year-old star said.

Two weeks ago, he had already come to gauge himself on the Southern Hills course, where he won the PGA Championship in 2007, to see the changes made after a major venue redesign in 2019.

Related
Modus 105 vs C-Taper Lite: Which One is Right For You?