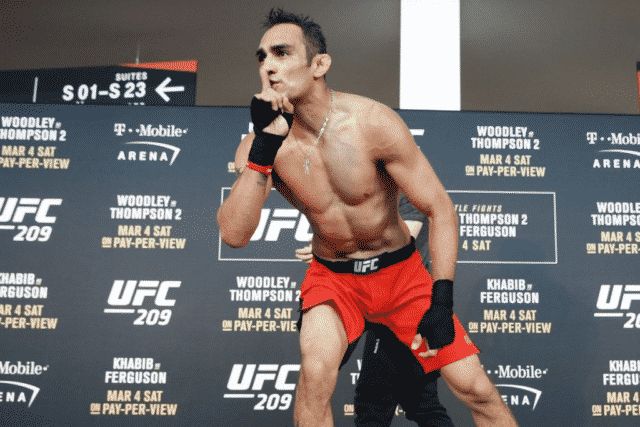 While he will face Michael Chandler on the main card of this UFC 274, Tony Ferguson was asked about a possible fight against Dustin Poirier.

Indeed, the latter had recently proposed a confrontation. But Ferguson wasn’t very keen on fighting him and wanted to talk more about the conditions of UFC athletes in the league.

The day before, he had heavily attacked Dana White on the management of “drug dealer” vis-à-vis the fighters. With his sense of the verb that we know him, Tony Ferguson did not fail to send a little anger to Dustin Poirier (via MMA Junkie):

“He tells of the conn*****. I’ll be honest, he said he wanted to fight against me several times, and I even gave him the opportunity. And after that, someone gave him more money so he could fight someone else.

This kid only says nonsense*****. I have nothing against Poirier or the other fighters, but I’m worried about Chandler. He and I have been preparing for UFC 274 for many weeks.

I called on good, intelligent people to structure everything I have and all the talent I have to go there and get that win on Saturday night. I am a different animal from others.

Tony Ferguson seems well and truly ready for this clash against Michael Chandler, which promises to be very close. This fight is sure to be one of the highlights of this UFC 274 card.

What do you think of Tony Ferguson’s statement about Dustin Poirier?