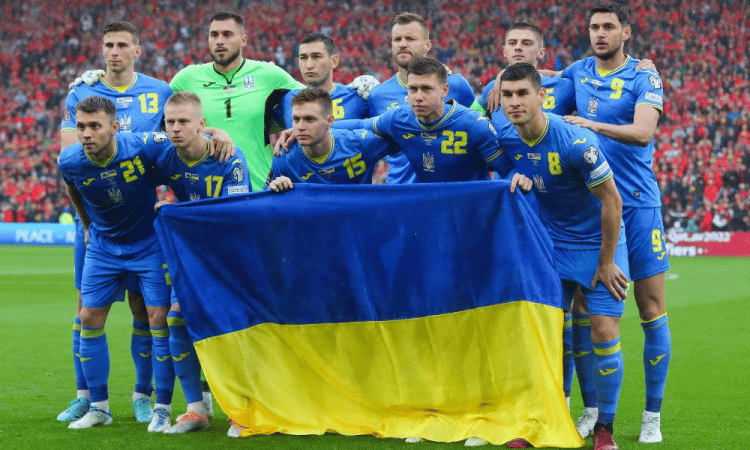 Ukraine is set to be included by Spain and Portugal in their bid to host the 2030 World Cup.

Spain and Portugal have reportedly revealed that Ukraine has joined their joint bid to host the 2030 World Cup.

According to The Times, Ukraine will host one World Cup group throughout the competition.

At a FIFA Congress in 2024, where the 211 member countries will vote on which group is best, it will be decided who will host the event eight years from now.

By 2030, there will be 48 teams competing in the World Cup, an increase of 16 teams over the present format.

After this winter’s World Cup in Qatar, the United States, Canada, and Mexico will collaborate to host the 2026 edition of the competition. Additionally, it will be the first World Cup with 48 teams.

The 2028 tournament hosts have not yet been selected, although the 2024 European Championships will be hosted in Germany.

Why does Spain and Portugal want Ukraine included?

By joining Spain and Portugal in their campaign to host football’s premier competition, Ukraine is expected to throw their hat into the ring.

According to the Times, the war-torn nation will declare on Wednesday that it has joined Spain and Portugal’s bid after receiving approval from both the Spanish and Portuguese governments as well as Ukrainian President Volodymyr Zelensky.

If the bid is successful, Ukraine will contribute by hosting one of the tournament’s groups, although Spain and Portugal will be the dominant tandem.

The World Cup was last staged in Spain in 1982, while it has never been held in Ukraine or Portugal. However, both have hosted the European Championship – Portugal in 2004 and Ukraine and Poland eight years later.

There are considerable security concerns over Ukraine’s capacity to host the World Cup given the ongoing Russian attack that started in February 2022.

However, it is anticipated that by then the war will be done and that the nation’s recovery from Russia’s invasion will be well under way.

Furthermore, FIFA preferred a European bid, according to the Times, with the upcoming tournament in Qatar and the 2026 tournament being hosted in North America by Canada, Mexico, and the United States of America. The inclusion of Ukraine as a host nation thus helps to promote the idea of football as a healer and a unifier.

Although the admission of Ukraine would be a controversial and emotive choice, Spain and Portugal will still need to exert some influence over FIFA’s 211 member associations.

The four-country proposal by Uruguay, Argentina, Chile, and Paraguay to bring the World Cup back to South America was revealed in August of this year.

All of the nations, with the exception of Paraguay, have previously hosted the World Cup, but not since the 1970s. The 2014 World Cup in Brazil was the most recent World Cup to be hosted in the continent.

According to what we believe, Saudi Arabia, Egypt, and Greece are expected to submit another three-nation offer. These three nations have never before played host to the World Cup.

Morocco will submit a proposal for the 2030 World Cup, including a potential joint candidacy with neighboring African countries Tunisia and Algeria. This was revealed in 2018. In 1994, 1998, 2006, and 2010, Morocco’s bids to host the World Cup were unsuccessful.

Two different times, Australia has been suggested as a potential World Cup host. There were rumors that New Zealand wanted to collaborate with the country in a joint bid in 2015.

But in 2019, it was revealed that discussions of a joint candidacy from Australia and Indonesia were in progress.

Then, prime ministers, Theresa May and Boris Johnson both stated a willingness to recommend England as the host country for the 2030 World Cup. But in February of this year, it was revealed that England would be a part of a joint proposal from the UK and Ireland for the 2028 European Championships.

However, the current prime minister of the UK, Liz Truss, has said that England will strive to host the 2027 Women’s World Cup following the success of the European Championships last summer.