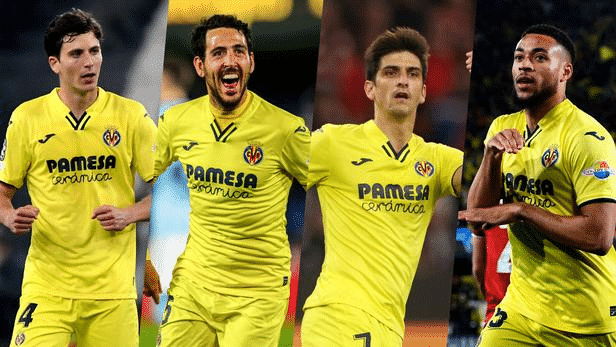 Pau Torres, Dani Parejo, Gerard Moreno or Arnaut Danjuma… The Spanish club has no shortage of excellent players to hope to bring Liverpool down in the semi-finals.

Villarreal is a surprise guest of the Champions League final after having eliminated Juventus Turin (1-1, 3-0) and Bayern Munich (1-0, 1-1), and hopes to do better than it did in 2006 when Arsenal stopped his formidable journey at the gates of the final.

An ambition that could seem disproportionate for a formation only 7th in La Liga. But this is based on the previous season’s experience by winning the Europa League and the quality of a squad with many very good players, often largely unknown to the general public. Discovery.

And over time, he has established himself as a reference in his position in Spain – he has 17 caps with La Roja – but also in Europe, where he polarizes the desires, especially on the side of Manchester United, who would think of paying the 60 million euros enough to free himself from his release clause.

Pau Torres himself would not be opposed to the idea of leaving his club of heart, with which he has already achieved a number of his dreams by lifting the Europa League trophy.

But his future could still be written in La Liga because FC Barcelona would be one of his most assiduous courtiers, imagining him to become the successor of a certain Gerard Piqué, one of his idols.

In the meantime, against Liverpool’s attacking armada, he will have the opportunity to demonstrate the full extent of his talent, including on the offensive side for the one who has scored 5 goals in all competitions.

For a decade, Dani Parejo made the beautiful days of Valencia, of which he was even the captain and true master to play. So much, so that many imagined him ending his career there.

The Real Madrid-trained player got tired of the constant criticism he was targeted with, and on August 12, 2020, he signed with Villarreal for 10 million euros.

A choice that he did not have to regret, he who, at 33 years old, continues to shine in midfield and bring all his experience and vision of the game (6 assists in La Liga).

With also has a strong character, as demonstrated by his remarks against Bayern coach Julian Nagelsmann after the quarter-final of the Champions League.

“When the draw took place, and Bayern pulled us, their coach, whom I don’t know, disrespected us in football by saying he wanted to settle this from the first leg. It was disrespectful. Sometimes, when you spit, it falls back in your face.”

Good things come to those who wait. Gerard Moreno is not one of his little prodigies of the round ball that explodes everything from their professional debut.

The native Catalan took his time before hatching. First on the side of Espanyol Barcelona with two seasons at 13 and 16 goals from 2016 to 2018.

But even more so at Villarreal during a 2019-2020 financial year punctuated by 18 achievements at 28 years old. Last season, before his 23 goals scored in La Liga – as many as a certain Karim Benzema – he won the Europa League and was named the best player in the competition.

A great consecration for this striker, now 30 years old, very unknown, especially because he could not, or knew, impose himself in the national selection with his 5 goals in 17 capes.

And even if this season is less glorious (9 goals and 3 assists), he remains a formidable poison for the opposing defenses, as demonstrated by his decisive pass for Chukwueze at the Allianz Arena in Munich.

It remains to be seen if his hamstrings will leave him in peace to face Liverpool on Wednesday.

Arnaut Groeneveld, better known as Danjuma, is the excellent surprise of the season on the Villarreal side.

Arrived last summer on the momentum of a season with 17 goals in… Championship – England’s second division – with Bournemouth, the 25-year-old Nigerian-born Dutchman was not a cador and seemed promised a substitute role behind Moreno, Paco Alcacer, or Boulaye Dia.

But his 10 goals – including a hat-trick on the Granada pitch – propelled him into the number 1 striker suit of the “Yellow Submarine.”

Danjuma doesn’t have the typical profile of a center-forward; he evolves more as a winger. But throughout the season, he has made himself indispensable in the system set up by Unai Emery. Liverpool is warned that the danger will also come from him.