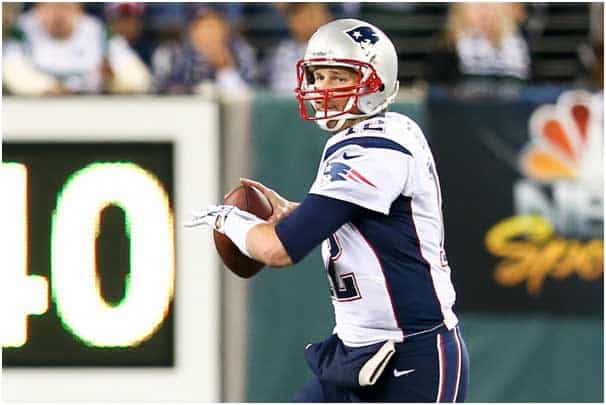 With the National Football League’s (NFL) 57th instalment of the Super Bowl less than a month away – there’s a sense of excitement and anticipation that exists for American football’s preeminent fixture that many other sports fail to replicate. Whether it be the half-time entertainment, famed commercials or the numerous A-list celebrities in attendance, there’s no other annual sporting event that transcends culture quite like the Super Bowl.

That’s away from the gridiron – on it – winning a Super Bowl is a defining moment for both a franchise and particularly a player. It is where history is created and legacies are carved – and with that in mind – read on as we take a look at some of the best individual performances in Super Bowls over the past two decades.

With a staggering seven Super Bowl rings to his name, there’s no surprise that Tom Brady makes this list. After finishing the 2016/17 regular season with a strong 14-2 record, the New England Patriots defeated the Houston Texans and the Pittsburgh Steelers in the Divisional Playoff and AFC Championship respectively en route to their seventh Super Bowl appearance in 15 years.

Despite entering as the Super Bowl betting favourites, Brady and company had a tall task awaiting them in the big dance, with the 11-5 Atlanta Falcons and regular season Most Valuable Player (MVP) Matt Ryan finding exceptional form in their convincing playoff wins against the Seattle Seahawks and the Green Bay Packers.

Both outfits had high-powered offences – however – with the Falcons boasting the likes of Julio Jones at wide receiver, dual running back threats in Tevin Coleman and Devonta Freeman in the backfield, and the in-form Ryan under centre – the Falcons had arguably the deeper team with ball in hand. That proved to be the case throughout the majority of the game, with the Falcons shooting out to a seemingly insurmountable 28-3 lead with less than nine minutes remaining in the third quarter.

If the Patriots were to overcome the biggest deficit in Super Bowl history, they needed to be flawless from that point on. They did just that – and unsurprisingly – it was Brady who was the standout performer. He completed nearly 70% of his pass attempts, threw for 466 yards and laid on two touchdown passes to help New England somehow tie the score at 28-28 at the end of regulation – sending Super Bowl LVI into overtime.

After winning the toss and electing to receive, the end result appeared to be written in the stars. Like he had done on so many occasions beforehand, Brady led an 80-yard drive down the field in overtime to put the Patriots in their opposition’s red zone. Running back James White would ultimately score the decisive touchdown as the Patriots went on to win 34-28.

Not only did the Patriots’ win mark the greatest comeback in Super Bowl history – we also witnessed Bradysolidify his standing as the greatest quarterback of all time.

While the Super Bowl MVP award is traditionally reserved for the quarterback from the winning team – occasionally there’s a performance from a player in a different position that warrants the honour. Denver Broncos linebacker Von Miller did just that in Super Bowl 50, putting forth a game for the ages as his side upset the NFL odds to defeat Cam Newton and the Carolina Panthers 24-10.

Panthers quarterback Newton was the regular season MVP, and made opposition defences look helpless as his forever-improving arm made him a threat in the pocket – whilehis 6’5 frame andincredible speed also made him a nightmare outside of it. However, Miller is an exceptional athlete in his own right, and it was clear from the outset that he intended on making an impact.

While Green Bay Packers superstar quarterback Aaron Rodgers is oftentimes criticised for his relatively poor playoff record – there’s no doubting that he’s one of the greatest players to ever lace up the cleats. With four regular season MVP awards to his name – his resume speaks for itself, however, it’s his victory in Super Bowl XLV that stands out as the highlight.

Not only because it’s his only Super Bowl triumph to date, but because his performance was sublime. In what was mistake-free outing for Rodgers, the then 27-year-old threw for three touchdowns and accounted for 338 of his team’s total yards as the Packers defeated the Pittsburgh Steelers 31-25.

Although Rodgers has been unable to secure a Super Bowl victory since – that night at Cowboys Stadium in Arlington, Texas in 2011 still remains one of the best individual performances in the sport’s major fixture of the past 20 years.