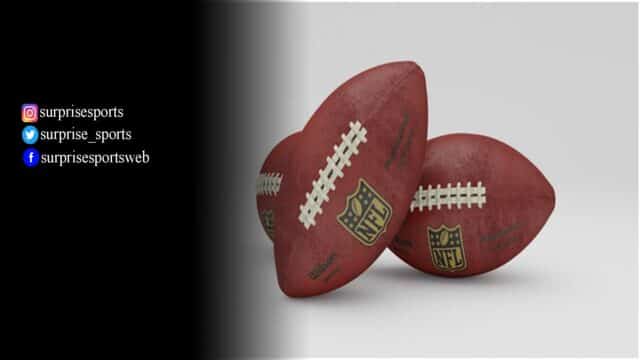 When a quarterback has a few seconds to react and throw the ball, everything stops for a moment; he throws it to the receiver, and you feel like he’s not going to make it from that distance.

But sometimes things happen that amaze us, magic happens, and you remember why you love to watch the games on Thursday, Sunday, and Monday. American football can be a rough game but also incredibly athletic and graceful.

In other words, who would imagine that there is a record for the “longest pass in the last minutes of a game”? The current record holder called the Hail Mary or Ave Maria belongs to the Packers’ Aaron Rodgers, who threw a 61-yard touchdown pass for Richard Rodgers at the end of a game against Detroit in 2015.

And like this moment, there are many more. We are big fans of the NFL and the NFL spreads, just like you, so we couldn’t resist and wanted to share the compilation that the NFL made for everyone to relive its magic. Here are some of the most athletic plays released by the league:

Remember that childhood game of jumping over a crouching friend? The “Mule” or “Dola” is this game, and it seems like the Giants’ Saquon Barkley knew how to play it. At least that’s what it looked like in the game against the Chicago Bears when Eli Manning threw a pass to Saquon, who flew through the air past Amos Jr. and prevented him from taking the ball.

On October 5, 1997, Gabe Wilkins of the Packers was on a roll. At one point, the defensive end intercepted the ball, jumped over Trent Dilfer (Buccaneers QB), and ran 77 yards for a touchdown against the Bucs.

Golden Tate caught the ball, stayed within the field’s confines, and made an incredible aerial maneuver to score the game-winning touchdown against the Detroit Lions in overtime against the Minnesota Vikings.

Troy Polamalu made incredible plays during his career with the Pittsburgh Steelers. But a memorable one is from 2008, when he played the San Diego Chargers on November 16.

The Chargers tried to score on their final play, but Polamalu recovered the fumble to help the Steelers finish scoring.

Although the Detroit Lions didn’t win that day, Barry Sanders made one of the most athletic and fabulous plays. One of the times he got the ball, he managed to get past Harlon Barnett and Myron Guyton for a touchdown.

They say this matchplay clip is the most played when looking back on Barry’s career.

The Ravens’ Lamar Jackson scuttled like Houdini for a 47-yard rush for a big touchdown. It earned him a place on our list, and sure that many fans would agree with us.

One of the most epic flips in the NFL – in week 16 of the 2011 season, with the Bengals facing off against the Cardinals, Jerome Simpson somersaulted Daryl Washington, earning a touchdown for Cincinnati and, incidentally, leaving a unique postcard for the fans who were in Paul Brown Stadium.

The NFL is loved by many globally, and many moments make this sport so exciting to watch. Like soccer, the NFL has the most athletic moments, and we have listed some of these moments and the players involved. Did we miss any player or your favorite athletic moment? Let us know in the comment section.