The NFL may be known as America’s game, but it is enjoyed worldwide. The NFL returned to UK soil for the 2022 NFL International Series, with three games being held throughout October. But with history telling us of the game’s popularity spreading all across Europe, the decision was made for Germany to be only the second European country to play host to an NFL game in the history of the league.

German fans snapped up tickets to see the Bucs take on the Seahawks at the Allianz Arena in Munich in no time at all and it’s perhaps a sign of things to come. The NFL doesn’t do things by halves.

So when the league began exporting itself 15 years ago, there was even talk of London hosting a Super Bowl and having its own franchise, to boot. Talk on both fronts has gone quiet for now but the English capital remains the European hub for the NFL and should there be a likely prospect of further global expansion, then the discussion will surely put London front and centre as the potential birthplace of a new franchise.

The surging popularity of the sport on the global stage is undeniable, more countries are taking an interest in America’s game than ever before. With new emerging markets and a shifting landscape, what will the future hold for the NFL and is there a realistic possibility of a new franchise entering the league anytime soon?

The interest in the NFL isn’t something new. The advancement in technology has definitely led to more people recognising, learning, understanding and subsequently enjoying the game, but to say it has only become popular since the 2000s is simply not the case. American football was popular in some countries outside of the Americas long before social media, and the internet as a whole made it easier to keep up with the NFL.

The United Kingdom, Germany and Spain are just three examples of countries that have had a large following for many years now. But the history of the NFL in Europe goes back further than just 2007. The NFL’s first efforts to expand the game to an international market was in 1989, when the league set up the World League of American Football. The series was seen as both a way to expand international interest in the game of American football, but it also acted as something of a stepping stone for future NFL hopefuls.

There were six American teams, one Canadian team and three European teams; the London Monarchs, Barcelona Dragons and Frankfurt Galaxy. Tweaks to the format followed with waning interest over the years eventually leading to teams coming and going and eventually the league was disbanded in its final iteration in 2006, the year before the inaugural International series came to London. It looks like a failed endeavour from the outside looking in but Germany was still getting average attendances of close to 20,000 in 2005 and their love of the sport clearly hasn’t dissipated over the years.

Nowadays, the International series has grown to include three games in London, one in Mexico City, Mexico, and for 2022, one game will be played in Germany, with plans to visit Canada and Brazil in the future. Whereas a few years ago playing in England was one of the prerequisites to hosting a Super Bowl, now it is a necessity. All 32 teams will play a game outside America with at least four fixtures at a neutral site each season until 2030 but London is still the go-to destination.

London-based football team Tottenham Hotspur built a new multi-purpose stadium that features a world-first feature where the playing field can divide and retract to reveal a synthetic turf field that is used for NFL London Games. This implementation to Spurs’ home stadium shows the intention to keep American football coming back, and maybe even a potential home for a team in London in the future. That may sound impractical but it has had some very credible conversations before, with Jacksonville Jaguars and Fulham FC owner Shahid Khan previously wanting to bring the Jags to England.

The Jags are the most frequent visitors to London, playing eight times since 2013. There is also a popularity boom happening in Germany right now with the introduction of the European League of Football in 2020 that if the NFL can capitalize on does put them in the running for discussions of a potential NFL franchise down the line. The Buccanneers, who are +750 to win the Superbowl this year with betting sites in the US, played the Seahawks in the first-ever NFL game to be held in Germany on November 13. It has the infrastructure, stability and stadiums that the NFL desire and requires and last season German subscribers to Game Pass, the NFL’s streaming service, rose by 125 per cent. It seems inevitable that further games in Germany and an expansion into newer European markets will follow.

It’s clear the demand is there but the big question for diehard NFL fans across the Atlantic is what are the chances we could see an NFL franchise outside of the States anytime soon? Unfortunately for European fans, the outlook for that is bleak. Commissioner Roger Goodell generated buzz before Week 5 by revealing they are exploring expansion in the future with a European division. While it created a ton of excitement for NFL fans overseas, it appears the NFL International Series is the only access to football that fans will have internationally for some time.

The emergence of a European division appears to be the plan for the sake of practicality as it’s been described as the easier option over having a single team forced to travel to the United States multiple times per season. There is also the small matter of team owners. In order for expansion to be approved, Goodell would need the support of team owners in a vote. While selling the rights to new franchises would generate billions of dollars for the league, it would also mean further splitting up the revenue generated every season.

Increasing the number of teams and placing them in Europe would also likely receive strong pushback from the players’ union. The fan support is certainly there for it. The Giants vs Packers game brought 61,024 fans to Tottenham Hotspur Stadium, setting a new single-game record for the NFL overseas. However, any excitement Goodell’s comments generated for fans in London likely won’t be met with expansion in the near future. 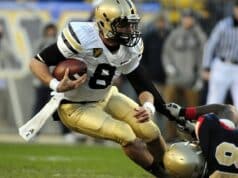 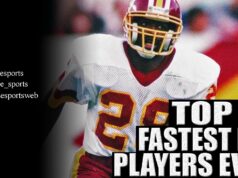 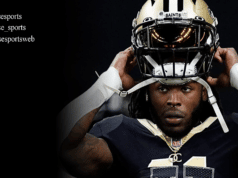