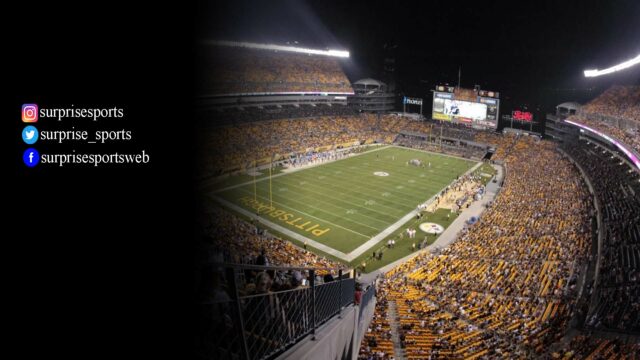 The Steelers’ stadium will soon be known as Acrisure Stadium, after a local insurance provider in Michigan. It was according to an announcement made by the team on Monday.

This is an unexpected move for Pittsburgh, which has long taken pride in the local nature of its clubs and the tight links they have with the community.

As was the case with Heinz Field, PNC Park for the Pirates and PPG Paints Arena for the Penguins are both named after significant local businesses. As a result, the fact that the city’s most prestigious sports team is named after an insurance company based in Michigan is likely to add some insult to injury.

Even if it is not as shocking as the Staples Center being renamed to the Crypto.com Arena. It is a name that might outlast its namesake. It is nonetheless a significant turning point for the Steelers.

Regardless of what the signage says, you should not anticipate any quick adoption of the change from the supporters. Acrisure is a striking departure from Heinz. Prior to the opening of the stadium in 2001, Heinz entered into a naming rights agreement with the Steelers.

As a nod to Heniz’s previous newspaper advertisements. It bragged about its 57 variety of items, the value of the deal was 57 million dollars. After the Steelers made the announcement regarding the new stadium name, Heinz issued a statement

Despite the fact that Acrisure is in a position to pay the Steelers “much more” than the firm could reasonably explain, the corporation intends to maintain its status as a long-term sponsor of the team.