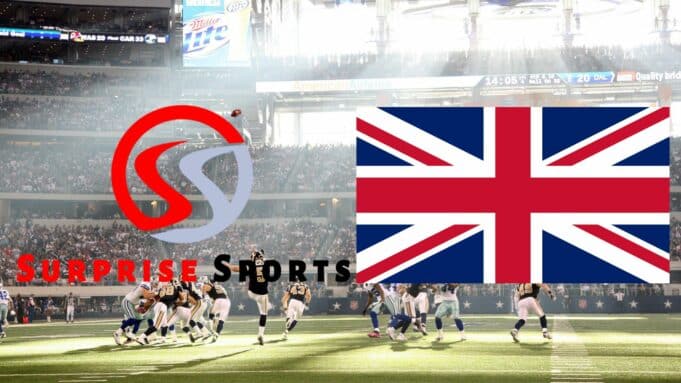 In order to watch the game live, Super Bowl fans in the UK will need to stay up late. The BBC, Sky Sports, and NFL Game Pass are all great options for streaming the Super Bowl 2023 in the United Kingdom.

All the details that you need to know about TV channels and programming schedules will be covered here.

Enjoying this year’s Super Bowl on the BBC is the greatest option for the vast majority of viewers. The game will be broadcast on BBC iPlayer, the BBC Sport app, and the BBC Sport website, so you can tune in from anywhere.

The rights to the big night are being split between two major UK networks. At 11:30 pm, tune in to BBC One to catch the game. If you have a valid TV license, you can watch the game at no cost.

The Super Bowl broadcast will be accessible on BBC iPlayer, so there’s no need to look elsewhere.

Watch the Super Bowl in the UK on Sky Sports

There is no dedicated “Super Bowl Channel” that can be turned on automatically; instead, viewers must select among a wide variety of broadcasts featuring the annual American football championship game.

Existing Sky customers can upgrade their service by adding Sky Sports for £25 per month (plus a one-time set-up cost) for a minimum of 18 months. You can add up to three additional mobile devices to your subscription (but only watch one at a time).

Related
How to Watch Super Bowl 2023 in Poland

New customers can sign up for Sky’s 18-month Sky Signature offer, which includes Sky Sports and Netflix, for just £44 per month, down from £51 per month and £65 per month, respectively.

Watch the Super Bowl in the UK without No-Contract

Now Sports is your no-contract option to stream the Super Bowl game in the UK.

When a long-term commitment to Now isn’t an option, a 24-hour or monthly pass is the next best thing for watching the Super Bowl. By signing up with Now Sports, you can watch as many games as you want on any of the eleven Sky Sports channels.

You can watch without commitment to the service and the freedom to cancel anytime. You can catch all of the action from the most recent Formula One, golf, cricket, Premier League, and English Football League matches.

To get a taste of the Super Bowl for as little as £12, the Sports Day (24 hours) pass from Now Sports is a great option.

However, the Sports Membership pass is more practical if you plan to watch the Super Bowl for more than 24 hours straight.

It renews monthly at the standard rate of £34, but until August 28, you can get it for just £25 a month, which is the same as a Sky Sports bundle for Sky members and is a great deal considering you can quit at any time.

To ensure that your coverage is crystal clear, you will also receive a free one-month trial of Now Boost. This will allow you to watch in Full 1080p HD picture quality (instead of the normal 720p).

It also comes with better audio with Dolby Digital 5.1 surround sound and quicker stream speeds. As an added bonus, you’ll be able to watch on three gadgets at once instead of the usual two. After that, you’ll have to pay an additional £5 per month.

Related
How to Watch Super Bowl 2023 in Switzerland

The Super Bowl 2023 is available for viewing both live and on demand. Plus, stay up-to-date on all the latest NFL happenings with 24/7 coverage on NFL Network, and watch NFL shows and highlights whenever and wherever you like with the ability to download them to your preferred device. Get started right away by signing up.

Check out the NFL Network pregame coverage and commercials for Super Bowl 2023 in real-time.

How to watch the Game with VPN in the UK

Step 1: Making a VPN account and selecting a service provider is the first step. We advise ExpressVPN because of its high data transfer rates and low monthly price. Due to these factors, it is the best option for streaming this year’s Super Bowl.

Step 2: load up your streaming device using the VPN app. ExpressVPN can be found in any app store. It’s also possible to get the app on your PC by visiting their website.

Step 3: Download and launch the app. Your mobile device will do this for you automatically. In order to set it up on your computer, you will require the wizard.

Step 4: Access the program by using the credentials you established in Step 1.

Step 5: Select the nearest server to your location. The BBC iPlayer stream is available for free if you change your country to the United Kingdom.

Step 6: After the VPN is connected, all you have to do to watch the 2023 Super Bowl is click the “connect” button.

Many options were considered for the Super Bowl viewers in the UK to get the most out of the game. And there will be no commercial breaks during the coverage on Sky Sports and BBC One.

A subscription to NFL Game Pass is also required to view the game. You may expect to find a culturally rich Super Bowl experience there.