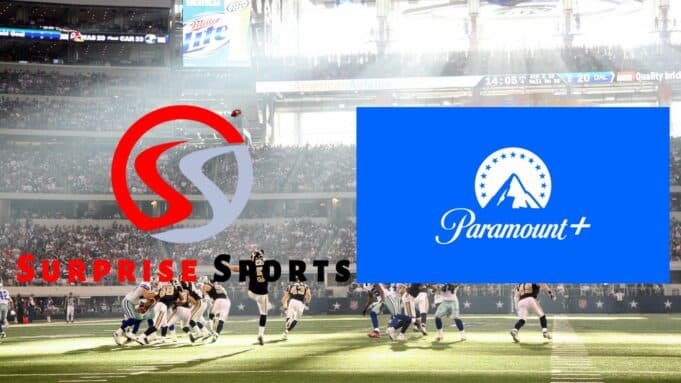 Paramount Plus is well-known in the streaming media industry due to the prominence it has given to sports channels and the availability of live, on-demand coverage of every major sporting event around the world to its subscribers.

Paramount Plus is a premium service that allows subscribers to join the channel on either a monthly or annual basis, with special discounts available for longer subscriptions. Paramount Plus streams a wide variety of professional and collegiate sports, including baseball, hockey, basketball, football, PGA Tour Gold, and more.

In this article, we’ll go over the specifics of using Paramount+ to watch the Super Bowl 2023 live stream.

How to Watch the 2023 Super Bowl on Paramount+

In 2023, Paramount Plus will broadcast the Super Bowl to viewers in your region or territory. You can watch the NFL games uninterrupted on game day if they are shown on a CBS station.

When the football season starts, all you have to do is fire up your Paramount Plus app or web browser and click the “Live TV” button. You can watch the game live, though, by using the website or app at any time.

Subscriptions of Paramount Plus

Before committing to Paramount+, you can choose from a variety of payment plans, including monthly and annual alternatives.

The packages provided by Paramount Plus are as follows:

After a free week, the Essential Plan costs $4.99 per month or $49.99 annually. Access the Champions League, and NFL on CBS live, along with limited commercials and round-the-clock coverage of breaking news.

Related
How to Watch Super Bowl 2023 in Australia

After a free week, the Premium plan costs $9.99 a month or $99.99 per year. Features live broadcasts of the National Football League (NFL) on CBS, as well as other major soccer and other live sports, as well as commercial-free broadcasts of CBS News (24/7), your local CBS station (live), and the opportunity to download shows for offline viewing.

The Paramount Plus with Showtime Essential Bundle costs $7.99 per month after a weeklong free trial or $79.99 per year. Enjoy commercial-free SHOWTIME, the NFL on CBS, and major soccer matches, as well as reduced commercials and CBS’s 24/7 live news coverage.

After a free week, the Paramount Plus with Showtime Premium Bundle costs $12.99 per month or $129.99 per year.

The premium package includes NFL on CBS, the best soccer and other sports, no commercials except during live TV and a few shows, CBS News 24/7, the entirety of SHOWTIME commercial-free, your local CBS station live, and the option to download shows to watch at a later time.

How to Watch the Super Bowl on Paramount Plus for free

If you’re new to Paramount Plus, you can get a full week of access for free by clicking the “try free” option on their website. Using a trial period is another way to watch live sports on Paramount Plus without paying for it.

Using a trial period is another method for free access to Paramount Plus, which can be used to watch live sports without having to pay for it. One email address can be used once for this approach; to avoid being charged, simply start the premium mode trial and cancel it before the full membership is activated.

Step 1: To begin watching live TV, download the Paramount Plus app or go to paramountplus.com and log in. Keep in mind that a subscription is required to use Paramount Plus, while a 7-day trial is available at no cost.

Related
How to Watch Super Bowl 2023 in Argentina

Step 2: To find the “Live TV” option in the main menu. There is an option of live TV channels available for your viewing pleasure.

At this time, Paramount Plus subscribers can choose from four different CBS channels: their local CBS affiliate, CBSN, CBS Sports HQ, and ET Live. As soon as you select a channel, you’ll be sent to a live feed of that station’s currently airing shows.

How to activate Paramount Plus

To begin, please log in. In such a case, go ahead and pick the supreme plus option.

Enter your activation code at activate paramount plus on android tv on your computer or mobile device, and then hit “Activate.”

A screen refresh will occur, and then you may start watching anything on your Android TV.

Where can you find Paramount Plus?

Smart TVs running Android TV and Google TV have access to the Paramount Plus app library. Not only are Fire TVs supported, but so are Vizio TVs, LG TVs, Roku TVs, and so on.

In addition to conventional computer browsers, gadgets like the Amazon Fire TV, Apple TV, and Google Chromecast may also be used to access Paramount Plus online.

In addition to Android phones and tablets, iOS devices, including iPhones, iPads, and iPods, and even the Playstation and Xbox consoles, are supported.

CBS will air a number of NFL games this season, and if you don’t have a Paramount Plus membership, you still have options. If you want to try watching NFL games on CBS, you’ll need a cable or streaming plan that carries CBS, although you can get both the app and the website.

Related
How to Watch Super Bowl 2023 in Singapore

The good news is that CBS is one of the four major U.S. TV networks, so it must be included in any traditional cable subscription service. fuboTV, Hulu with Live TV, and YouTube TV are all good options for watching live TV, and they all include CBS.

If you want to try watching NFL games on the go, you can subscribe to NFL Plus, but it will only work on your mobile device, not your TV.

Although many of you are here because you support one of the teams, we really hope you’re just here for the food and the ads. Check out Paramount+ on your TV, computer, or mobile device if you’re seeking for a location to watch the game.

Live coverage of the Super Bowl 2023 may be seen on Spectrum’s Paramount+ channel 671, even though it will air on CBS. The game will air on Paramount+ en Espanol and Paramount Network and WETV and CMT in English.