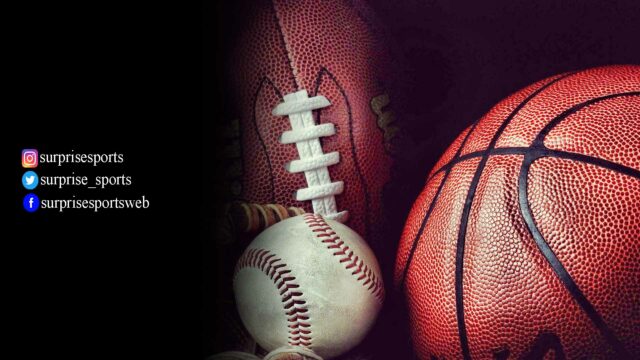 The sports industry in the United States of America has been growing at exponential rates over the past decade. This growth can be attributed to a number of factors and driving forces from within and without the industry. The purpose of this page is to discuss some of the reasons why the US sports market keeps bulging.

According to Statista, the North American Sports market was valued at $71.06 billion in 2018, and it’s expected to hit the $90 billion mark by 2023. The sports market comprises different revenue channels such as sponsorships, media rights, and merchandising.

Below are the factors that have been driving the sports industry in the USA.

For centuries, sports have always been intertwined with gambling. It is obvious and plain that sports fans love to extend their fun and experience by wagering on different sports outcomes. That being the case, we cannot claim to assess the sports market without factoring in its betting facet.

Traditionally, fans could only place sports bets using a land-based sportsbook. However, those days are long gone, thanks to the internet and mobile technology. In recent years, we continue to see a rise in the number of online bookmakers.

If you’re like many bettors in 2022, you want to bet through the best US sportsbook online. The explanation is simple. A good bookmaker provides competitive odds, fair bonuses, wide market coverage and quick banking.

Then there are other factors like mobile support, live betting and a site with 24/7 technical support.

A few years ago, fans had to either attend the sports events in person or subscribe to mainstream sports networks such as Super Sports, ESPN, and Fox Sports. Today, sports audiences can access live matches in real-time via numerous streaming platforms.

In other words, fans do not have to incur any extra costs just to enjoy their favorite sports. This has resulted in record-breaking sports viewership figures in the United States of America. The fact that anyone can access a sports event via their mobile phone was only imaginable a decade ago.

Sponsorship deals are a major source of revenue for sports teams and leagues. These agreements are packaged in a manner that benefits all parties involves. In most cases, the sponsor agrees to fund the team or league and in return earns an opportunity to market or advertise their products/services via the team or league franchise.

For years, brands in other sectors such as apparel, footwear, and gambling have been channeling billions of dollars into the sports market through sponsorship deals. Sports teams and leagues use these funds to expand and grow their franchises.

Like any other organization, sporting organizations require sufficient capital to operate efficiently. Interested sponsors have made this possible.

The Rise of eSports

eSports is essentially a short word for electronic sports. For those who are still new to this, esports entails competitive digital gaming events – more like competitive video games. This sector has grown tremendously over the past few years.

According to Newzoo, esports revenue and viewership have been growing at an estimated rate of 14% annually. This means that the number of players and fans keeps growing over the years. What’s even more surprising is that professional sports leagues like the NBA have welcomed esports with open arms.

The NBA partnered with Take-Two Interactive, a renowned video game developer, to develop a professional NBA 2K e-League. More and more teams and leagues are taking note of this trend and adjusting accordingly.

The Rise of Fantasy Sports

According to Research & Markets, the global fantasy sports industry is well over $25 billion and is expected to grow at a compound annual growth rate (CAGR) of 9.5%. The data service report also noted that the market is set to reach $38.6 billion at a CAGR of 14.7% by 2025.

According to another research study by Technavio, the North American fantasy sports market size is expected to surge by $6.11 billion between 2021 and 2026. This specific report took a detailed analysis of market drivers, future market trends, major investment pockets, market size, competitive scenarios, winning strategies, and estimations.

Notable inroads in the fantasy sports arena include tech giant IBM and US broadcaster ESPN collaborating to launch a fantasy football app in 2020. The app relies on AI to generate fair transactions and to keep users informed.

Most professional sports leagues and teams have dedicated community-relations departments. This essentially means that most collegiate and professional athletes spend time or money on community empowerment projects.

The Boston Bruins hockey players spent their 2014 Halloween with kids in a local children’s hospital. They even dressed in Disney film Frozen costumes to cheer up the patients.

In 2013, the Northwestern athletic department launched the Reach Out and Reinforce Respect (ROARR) program as part of an anti-bullying campaign run by student-athletes in collaboration with the department’s community-relations team.

These are just two examples out of many similar initiatives by sports organizations aimed at supporting local communities. This has helped earn sports support from communities – as the good book says, “He that giveth receiveth.”

Americans love their sports. Sports offers the ideal platforms to bring nationals together in support of their local teams in national sporting events and national teams in international events. In other words, sports are an intrinsic part of the social fabric of the people of the United States of America.

Along with national pride goes city pride. You will realize that virtually all professional sports teams in the US are named after their local cities. This helps give locals a sense of pride whenever their teams are on and off the field.