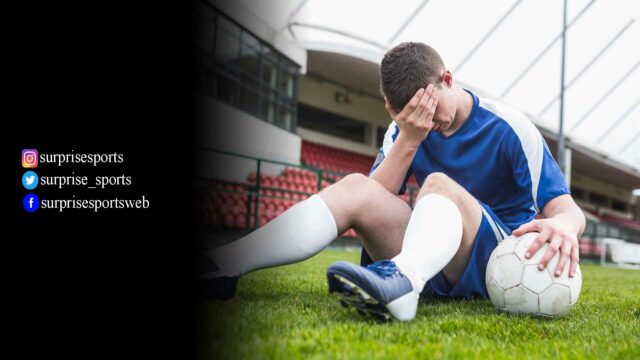 Sometimes it’s the psychological state that gets in the way of exercise. When there is no strength, emotions come to the fore. At such moments, it is useful to remember why sports are useful.

Stress often occurs in students during the school year. Too many assignments, perhaps additional work, is very tiring. It is worth giving yourself time to rest. If you have many academic assignments piled up, it is advisable to seek help from a professional paper writing service like Writingapaper to avoid overwork. You will have time for rest and exercise by delegating your assignments to this service. This will have a positive effect on your well-being.

How physical activity affects the psyche

Severe psychological states and traumas are better to work out with a psychologist, to begin with. That said, physical activity remains a quick and affordable way to regain a sense of confidence. As early as 1769, physician William Buchan noted that lack of exercise is one of the most influential factors in making life miserable and short.

Modern doctors confirm his conclusions, and sports enthusiasts test them for themselves. Bella Meki, author of Jog On: How Running Saved My Life, says she suffered from anxiety, panic attacks, and intrusive thoughts. She searched for a cure for her ailments for years and eventually started running. “Running gave me a sense of hope,” Meki writes, “it revealed hidden powers in me that I never knew I had.

What’s the brain got to do with it?

A 2019 study published in the journal JAMA Psychiatry confirmed that physical activity helps manage chronic stress and prevents the development of depression. Researchers verified that moderate exercise has a positive effect on the hippocampus, the gyrus of the brain involved in emotional responses and memory mechanisms.

Brandon Stubbs, head of the physical therapy center of the National Health Service of Great Britain, writes that the hippocampus decreases in schizophrenia, bipolar disorder, depression, and dementia. And just 10 to 12 minutes of exercise has a positive effect on the activity in this area, and systematic exercise for three months provides a long-term therapeutic effect.

Statistics show that about one in four people is susceptible to mental illness. Despite the obvious benefits to fitness and emotional well-being, one in two don’t want to bother exercising. According to the National Health Service in England, about 58 percent of women and 66 percent of men follow physical activity recommendations and exercise at least 2.5 hours a week. Among schoolchildren, only 17% are exercise enthusiasts. This is because the interest in physical activity is formed in childhood. But even if schoolchildren are mobile during games, they do not always need additional activities. But few adults are active enough and do not devote time to fitness. Many make excuses for the lack of time or believe that an active lifestyle does not suit them.

When there is no energy left at the end of the day, some people try to relax passively. They chat on the Internet without leaving home; they play soccer on the console without getting up from the couch. In How to Think About Exercise, Damon Young warns that we have begun to see our mind and body as parts in conflict and as though we have split in two. That said, sports help improve both.

Vibarr Cregan-Reid, who wrote Footnotes: How Running Makes Us Human, notes that running is a form of meditation that positively affects the nervous system. He emphasizes that there used to be a lack of information about the benefits of an active lifestyle, but now society accepts the undeniable fact of its positive effects. To avoid getting extra stress because of study problems, contact the Reddit essay writing service for help. Many students will entrust their assignments to professionals. This way, you can complete all your scheduled assignments on time.

How to heal with sports

If you decide to start exercising, it does not make sense to go to the gym and work out all day immediately. For starters, try replacing the nightly soap opera watching with a leisurely walk through the neighborhood streets. You will have to repeat this exercise several times before noticing the results.

Any attempt to exercise will seem like a mockery to people in a severe psychological state. During the depression, many people lose the motivation they need to work on themselves. Even so, there is a way to get yourself moving – find some help and company. In 2018, experts at Caledonian University in Glasgow surveyed more than 80,000 people running in parks. 89% of respondents claimed that their mood and psychological well-being improved markedly after jogging together.

How sport helps others

In 2012, The Running Charity was founded in Britain. Its founder Alex Eagle is convinced that exercise makes people believe in themselves. The foundation helps young people who have nowhere to live. Many of them have a mental illness. These young men and women are depressed and often doubt their abilities, getting another rejection when they try to get a job to earn their first money or find a place to live.

At such times, it seems as if everything is in vain, and there is no point in making any more effort. But running gives them hope: after running their first 5, 10, or 20 km, a person realizes they are capable of a lot.