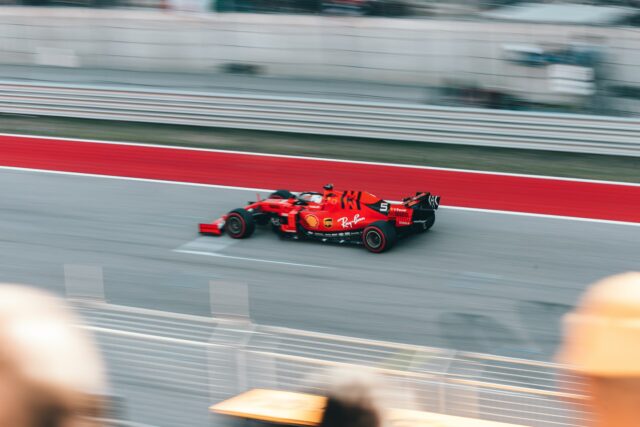 The British Formula 1 Grand Prix is one of the most highly anticipated races on the F1 calendar. Every year, fans from around the world flock to the UK to watch their favorite drivers battle it out on the track. If you’re planning on attending this year’s race, or if you’re just curious about what goes on during a Grand Prix weekend, then read on! In this blog post, we will provide all the information you need to know about the British F1 GP.

When and where is the British F1 GP held?

The British Formula One Grand Prix is held at the Silverstone Circuit in Northamptonshire, England. The circuit is located about 80 miles north of London. The race weekend consists of three days: Friday (practice and qualifying sessions), Saturday (qualifying), and Sunday (the actual race). This year’s race will take place on July 3.

A distance of 5.891km (3.66 miles) will need to be completed over the course of a circuit, with a total of 52 laps being completed to find the eventual winner of the race.

Why is the British F1 GP one of the most popular events?

The British Grand Prix is one of the most popular events on the F1 calendar for a number of reasons. First and foremost, it is the home race for a number of teams and drivers. This means that fans have the opportunity to see their favorite drivers compete in their own backyard.

Additionally, Silverstone is one of the most historic circuits on the circuit. It was first used for racing back in 1948 and has been hosting Formula One races since 1950.

It has also become extremely iconic around the world, due to the fact that a number of memorable races have taken place there over the years. There have been a number of race drivers who have been able to win on multiple occasions, including Lewis Hamilton, who is an eight-time winner of the event; thus being the record holder for most wins.

What can you expect from this year’s race?

However, if you were to decide to have a little sports bet on this year’s upcoming British GP, then you might want to consider going against the idea of placing a wager on the British driver.

Indeed, he has been priced at +1,600, which makes him just sixth-favorite to win the race. This suggests that many are not expecting him to be able to do too much at this year’s event.

Naturally, those that are perhaps looking for the winner would be wise to take a look at Red Bull Racing’s Max Verstappen, with the driver having been made the main man to take the win on July 3. He has been provided with odds of -106, with his closest challenger – thought to be Ferrari’s Charles Leclerc – priced at +225.

Of course, Formula One is a sport that can provide a number of twists and turns in the lead-up to the race, let alone the race itself. Therefore, while one individual might be the favorite now, literally anything can happen between now and race day!

Classic British F1 GPs to have taken place in the past

There have been a number of British F1 GPs which have become classics over the years because of certain things that have happened when the iconic race has taken place.

Here are just a few examples:

Indeed, there have been many more, but these are just some that many motorsport enthusiasts will remember.

Naturally, the upcoming British F1 Grand Prix is a race that will have plenty of build-up and excitement around it, and it will be a race that many race fans will be hoping can live up to the hype once it comes around!

The Cost of Building a MotoGP Bike in 2022

A successful reunion with record traffic at the Canadian Grand Prix