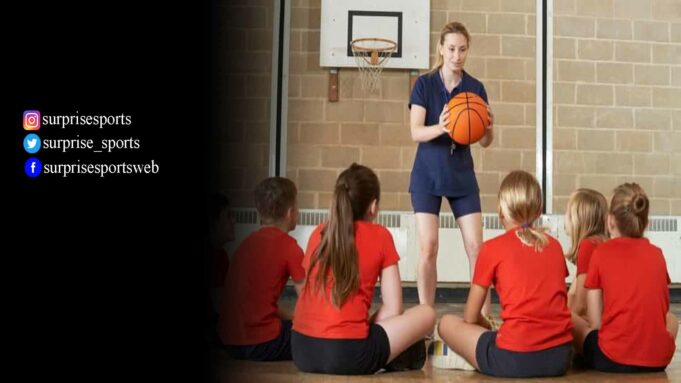 Sports significantly improve brain functionality, which is extremely important for all students and people who work intellectually. Physical has been also linked to improved creativity, which significantly helps with academic writing. Another thing, that can be even more helpful is an online paper writer which makes essay writing very easy. It allows students to be more successful with minimal effort. Here are a few benefits of sport:

You will become smarter

Intellectual capability improves not only from playing chess. All types of sports are beneficial for general health and brain activity. Better blood circulation stimulates the creation of new neural connections, which has a beneficial effect on learning, mastering new, and applying existing knowledge.

Thus, the effect of sports on the brain is very positive. Sport improves brain activity and gives the additional potential for using brain functions. Why not take advantage of that?

Your memory will improve

Scientists at the University of California conducted a study that convincingly proved that a regular bike ride improves memory. The experiment involved 38 people with normal body weight and who had no contraindications to short active workouts. All of them, under the control of doctors, pedaled non-stop on a bicycle ergometer for 20 minutes, gradually increasing the speed, after which they underwent a brain scan.

It turned out that after such cycling the level of glutamic and gamma-aminobutyric acids in the brain increases. These acids are important for redox processes and directly affect a person’s ability to memorize information. The effect is still there even after 330 minutes after the workout.

And the doctors were also intrigued by the fact that the subjects who had been actively training all the previous week had higher levels of these acids than those who had the opportunity to take a break from training. This allowed scientists to conclude that regular training can improve memory in the long term, and sports affect the brain most directly.

You will develop divergent thinking

96 people were invited to participate in the experiment, half of whom led an active lifestyle and played sports, and the other half were not friends with sports and preferred more passive leisure.

Scientists split then into two groups and offered to take tests for divergent and convergent thinking: one group – during physical activity, the other – immediately after training.

An exercise bike was used as an auxiliary tool due to its ease of use and ease of process control:

Group 1 – athletes who took tests while “riding” on an exercise bike.

Group 2 – athletes who took tests after a “trip” on an exercise bike.

Group 3 – inactive participants who took tests on an exercise bike.

Group 4 – inactive participants who took tests after the exercise bike.

The best results were shown by athletes, and the divergent thinking test was better passed by those who took it during a “trip” on an exercise bike, and the group that was tested at the end of physical activity had better results.

People who are sedentary coped with both tests worse regardless of the sequence or parallelism  physical activity and testing.

The researchers conclude that for people who regularly exercise, short-term physical activity can become a real incentive to find several solutions to the problem.

Sports help to reverse cognitive disorders that have already begun

How can I improve all these functions at once? It turned out that this is possible with the help of strength exercises!

It was a double-blind randomized trial, i.e. the participants of the experiment did not even guess about its true purpose. Fur groups were formed, each of which had its mode of passing the experiment:

At the beginning of the experiment and its end, i.e. after six months of training, all participants were tested on the cognitive function scale and the Alzheimer’s disease assessment scale. It turned out that the participants of the first group showed the greatest progress when strength exercises were combined with full-fledged computer cognitive training.

The brain is also responsible for emotions and mood. Therefore, the effect on the brain should change your mood. And it is. You don’t even need deep scientific research here – it’s enough just to play football, ride a bike or take a walk in the park, as you will notice that your mood has improved, and the causes of stress, if not disappeared, have ceased to be perceived as relevant at the time of physical activity.

It is easy to explain the “high” we get from sports. When the body moves, it produces dopamine, serotonin, and endorphins. Dopamine is produced by the pituitary gland, endorphins are produced in the neurons of the brain, and serotonin is also partially synthesized in the brain.

In addition, the good mood that sports bring us appears thanks to endocannabinoids. These are neurotransmitter molecules that are synthesized in the brain and affect the neurons of various nerve centers. Anxiety reduces and causes mild euphoria, as a result of neurotransmitters, which occurs under the influence of physical activity,In addition, endocannabinoids have a positive effect on memory, and learning ability and even have some analgesic effects.

Running is the key to a good memory

A few hours a week on the treadmill will help improve memory and strengthen angiogenesis – the process of the appearance of new blood vessels that feed brain cells. While running, the brain is enriched with oxygen, so that new information is perceived and remembered faster. In addition, running is an excellent solution to combat bad mood and depression, because its effect is similar to medication antidepressants, but, unlike the latter, it has no side effects.

The tennis court is a great place to train not only reaction. Agree, to repel the opponent’s serve, the tennis player must first catch the trajectory of the ball and then repel it – so much so that the partner does not guess from the first second where the ball will fly. Developed intuition, coordination, reaction, and resourcefulness are the result of active tennis lessons.

Football is a team game

For those whose work depends on the actions of a large number of people, teamwork skills are a necessity. A person is not born with these skills, they are acquired as a result of active training, as an option – on the football field. Weekly classes with the ball on the field help to learn to feel and understand partners, confidence and self-esteem develop, and anxiety decreases. By the way, basketball in this case copes no worse. So, if you like this particular sport, you can relax with friends or colleagues by throwing the ball into the basket.

Classes in both single and pair types of dancing are a great opportunity not only to keep the body in good shape because all muscle groups are trained but also to activate the activity of the entire nervous system of the body. By dancing, we cope with stress and contribute to the harmonious development of both hemispheres of the brain, because dance involves both imaginative thinking and logic. Dance is improvisation and technique at the same time so that the development of intuition and memory of dancers is always on top.

If for health reasons, heavy physical activities are not recommended to you or you simply do not like them, you should not get upset. The benefits of yoga are endless. All you need for classes is a few minutes a day, a mat, and a desire. Calmness and the ability to focus and relax are the results of regular classes. At the same time, it is not necessary to perform complex asanas, stand on your head or curl up into a knot. For the development of the brain, there are simpler poses, which any instructor will tell you about.

In addition, you can study Youtube lessons. And for those who have been practicing yoga for a long time, meditation becomes a favorite part of the lesson: it allows you to completely relax and get rid of the swarm of thoughts in your head. Initially, it is very difficult to do this, but regular training allows you to achieve the desired result. Those who have managed to meditate at least once, note an extraordinary surge of strength and a deep recovery of internal resources.

Physical activity allows you to develop not only a beautiful body but also the qualities necessary for effective brain activity. Increased productivity, development of creativity, a surge of energy, and always a good mood are the result of regular training. And a nice bonus – a beautiful and toned body – will strengthen your self-confidence and your capabilities.