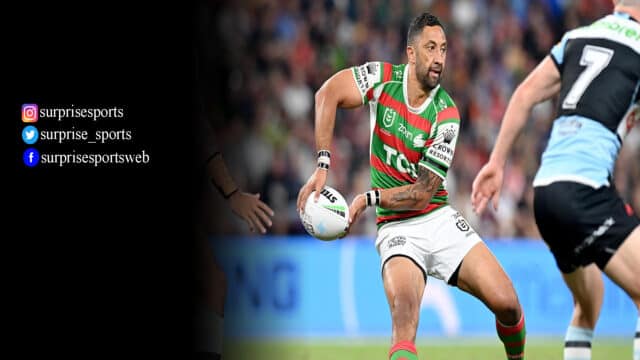 Cronulla Sharks will lock horns with South Sydney Rabbitohs at Allianz Stadium on Saturday with a spot in the preliminary finals on the line. Here we have Sharks vs Rabbitohs live stream, start time, preview, h2h, prediction, and how to watch on TV.

The semi-final between the Sharks and Rabbitohs will occur on Saturday, 17 Sept., at 8:00 pm AEST. Cronulla Sharks will host the game at Allianz Stadium.

The Rabbitohs lost their final game of the regular season against their arch-rivals Roosters. However, they clinched the game that mattered the most, a 14-30 thumping victory over the Roosters to begin the finals series. Latrell Mitchell and Cody Walker played crucial roles, and Alex Johnston completed his 9th double of the season.

They are in fine form now, winning 8 of their previous 11 games.

Elsewhere, Cronulla Sharks finished the regular season at 2nd on the ladder. They started the finals series with a close defeat to the Cowboys by 30-32 points.

They were only 15 seconds away from earning a week off and playing either the Eels or Raiders in the preliminary finals. However, Valentine Holmes slotted a 93rd-minute field goal for the Cowboys to break the hearts of the Sharks fans.

Cronulla Sharks have lost their last four finals matches. They need to find the momentum to snap that run.

South Sydney Rabbitohs are 2-1 up against the Sharks in their previous three head-to-head meetings. However, the Sharks won the most recent tie by a point.

The Rabbitohs will hit the Allianz Stadium tonight with a lot of momentum. By dominating all sectors, they are coming off a thumping win by 14-30 points over the Roosters. It will give them shots at their arms.

Moreover, the Rabbitohs are an in-form side. They won 8 of their last 11 games.

On the other hand, the Sharks lost a close game against the Cowboys last week. Now, they find themselves in sudden death and need to deliver.

The Sharks would take a significant effort to stop the Rabbitohs, who are just off their best performance of the season. It would be a treat to watch and go down to the wires. We are going with the Rabbitohs to win this game.

How Can I Live stream Sharks vs. Rabbitohs?