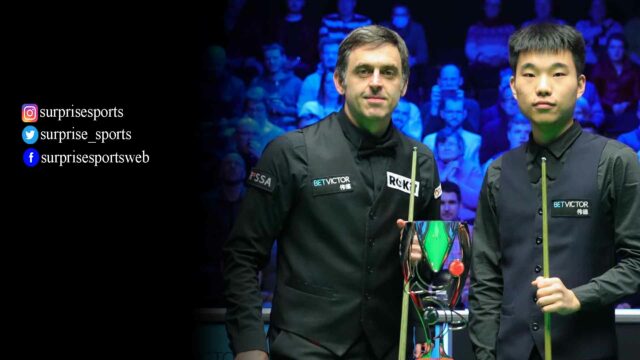 Originally the tournament was planned to stage at the Stadthalle Furth in Furth, Germany. But due to the sudden increment of COVID-19 cases, management relocated the venue. Following that, the tournament was held at Marshall Arena in Milton Keynes, England.

Before entering the main event players participated in the qualifying. The qualification tournament took place from 27 to 31 October 2021. A total of 64 players earned qualification for European Masters there. They were then divided into two groups, each containing 32 players. Both the top half and the bottom half ran with a knockout system.

The European Masters had a prize pool of £407,000. The winner received a portion of £80,000. Let’s have a look at the overall prize fund distribution for the event:

How to Watch the European Masters 2022

Eurosport had the exclusive European broadcast right of the event. Additionally, it was broadcasted worldwide via Matchroom. Live and DAZN. Viewers can either watch the full event or matches individually via Eurosport’s dedicated online platform, Eurosport Player.

Check out our website for the most up-to-date information about the event, forthcoming snooker, and other sports competitions.

Advertisements
Advertisements
© 2021 Surprise Sports Private Limited - All Rights Reserved
We use cookies on our website to give you the most relevant experience by remembering your preferences and repeat visits. By clicking “Accept”, you consent to the use of ALL the cookies.
.
Cookie SettingsAccept
Manage consent