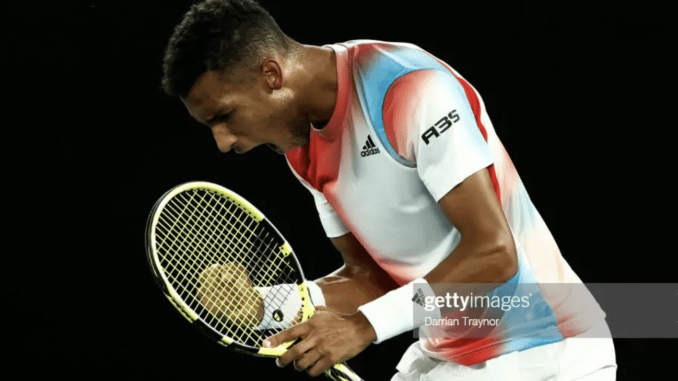 Canada, which finished runner-up to Spain in the 2019 Davis Cup competition, is back in the final after overcoming Italy 2-1 on Saturday afternoon in Malaga.

The Canadians got off to a tough start when Denis Shapovalov lost a 7-6(4), 6-7(5), 6-4 thriller against Lorenzo Sonego that lasted three hours and 15 minutes. However, Felix Auger-Aliassime kept his nation’s hopes alive without any trouble by beating Lorenzo Musetti 6-3, 6-4. That set the stage for a decisive doubles rubber, in which Auger-Aliassime and Vasek Pospisil knocked off Fabio Fognini and Matteo Berrettini 7-6(2), 7-5. The Canadian duo came back from a break down in both sets to punch a ticket to the championship tie.

“That’s the good thing about having many good players on the team,” Auger-Aliassime said of his rare doubles appearance. “I feel like Denis and Vasek played really well yesterday to come back and win, but Denis had a long match and we knew coming this week that we could make some changes depending on how singles went. I feel like the whole team connected around this idea and there was no ego in the wrong place. Everybody just has the clear idea of the main goal, which is lifting the cup tomorrow.”

Awaiting Canada on Sunday is Australia, which defeated Croatia 2-1 on Friday. The Australians have been led by Alex de Minaur in singles and a combination of Max Purcell, Matthew Ebden, and Jordan Thompson in doubles.

The lineups for both countries are uncertain aside from a No. 1 singles match between Auger-Aliassime and de Minaur. Canada would obviously go with Shapovalov at No. 2 if the lefty has recovered from his marathon match on Saturday, while Pospisil’s doubles partner is up in the air. The Aussies will presumably put either Thompson or Thanasi Kokkinakis at No. 2 and either Ebden or Thompson with Purcell in doubles.

“It’s been a long time,” said Australia captain Lleyton Hewitt, whose country has not played in the final since lifting the trophy in 2003. “Obviously we are a very proud Davis Cup nation. I’m just thrilled for these boys. They deserve to go out there and get the opportunity to play in the final of a Davis Cup, and now it’s going to happen on Sunday.”

Whoever triumphs will be the ninth different Davis Cup champion in the last nine years.

Surprise Sports Desk - 6 February 2023, 2:12 AM
Many people are interested in learning Michael Stern net worth; read more about it. People know Michael Stren as the Father of Sarah Stren, who...